A $300 million worldwide licensing agreement announced last week between Immunomic Therapeutics and Astellas Pharma to develop treatment for a wide range of allergic diseases, including peanut allergies, is the largest deal ever to come out of Johns Hopkins Technology Ventures, the patent, licensing, and technology commercialization arm of the university.

The agreement, first announced Thursday night, centers on the LAMP-vax technology, which was originally developed by Thomas August, Drew Pardoll, and others at the Johns Hopkins University School of Medicine and licensed in 2006 to Immunomic Therapeutics, a biotech company based in Hershey, Pennsylvania.

The LAMP-vax platform—seen as a breakthrough technology for improving DNA vaccines—uses the body's natural biochemistry to develop a complete immune response.

Through the new agreement, Tokyo-based Astellas Pharma has acquired an exclusive license to develop and commercialize LAMP-vax products used to treat allergic diseases. This includes applications of LAMP-vax for treating peanut allergies as well as other research-stage products for food or environmental allergies.

"The LAMP-vax platform has enormous potential to broadly impact human health," said William G. Hearl, CEO of Immunomic Therapeutics. "Our recent work in developing a new approach to treating allergies could be life-changing for allergy sufferers, including those who are at high risk for a strong reaction to peanut."

Immunomic received a $300 million upfront payment in the deal and also retains the rights to the LAMP-vax platform for other uses, including cancer immunotherapy. Through its license agreement with Immunomic, Johns Hopkins University will receive a portion of those proceeds, which are distributed to inventors, departments, schools, and the university.

"This deal shows the ability of Hopkins technology to be translated to products over time," said Neil Veloso, executive director of Technology Transfer, which is part of Johns Hopkins Technology Ventures.

Veloso said it bodes well for the ongoing research and technology development at Johns Hopkins.

"The work that our inventors do now can lead to future Technology Ventures deals that have the ability to yield the same type of spectacular results," he said. 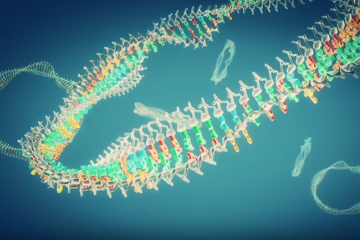