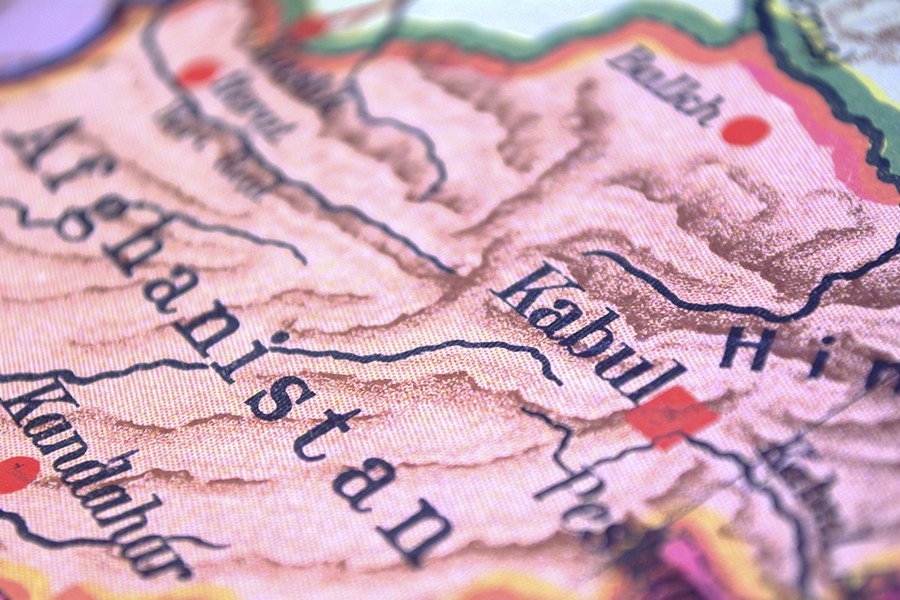 In a tragedy's aftermath, many still want answers. On Oct. 3, at least 22 staff and patients were killed or injured when U.S. missiles struck a Doctors Without Borders hospital in the northern Afghanistan city of Kunduz. More than 30 staff and patients remain unaccounted for. 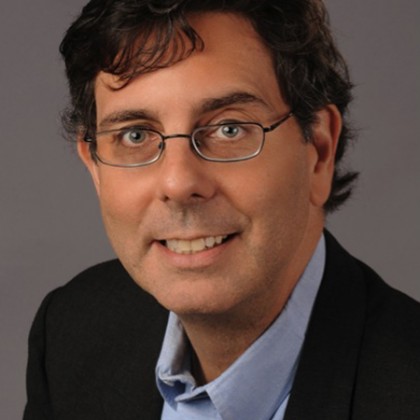 U.S. officials called the airstrike a tragic mistake, as American-led forces intended to target Taliban insurgents. President Barack Obama personally apologized for the attack to the head of the international aid group, also known as Médecins Sans Frontières, or MSF, a charity group that provides medical care in some of the world's most dangerous places.

MSF wants a full, transparent independent investigation into the bombing, which killed 12 medical staff members and at least 10 patients, three of them children. Some fear the death toll could rise. According to an MSF official, one doctor died on an improvised operating table—an office desk—while colleagues tried to save his life.

Adam Kushner knows firsthand about improvised surgical conditions and the inherent dangers of working in such locales. Kushner, an associate in the Department of International Health at the Johns Hopkins Bloomberg School of Public Health and a faculty member of its Center for Refugee and Disaster Response, has worked as a general surgeon in war zones and the sites of natural disasters and disease outbreaks, including Sierra Leone, South Sudan, Liberia, the Democratic Republic of Congo, and Haiti.

In August 2013, Kushner traveled to Syria on the request of MSF to assist in a field hospital, a converted chicken farm in Aleppo, where Syrian staff handled mass casualties from the country's civil war. He spent eight days at the hospital to treat wounded combatants and civilians while missiles intermittently flew overhead and gunfire echoed in the distance. Between operating on patients with shrapnel and bullet wounds, Kushner found time to deliver three babies by cesarean section and treat people suffering from chronic conditions.

Kushner, editor of Operation Health: Surgical Care in the Developing World (JHU Press, 2015) has also conducted human rights assessments in Iraq for Physicians for Human Rights and is the founder and director of Surgeons Overseas (SOS), an organization committed to improving surgical care in developing countries.

The Hub sat down with Kushner to talk about the Doctors Without Borders bombing in Afghanistan and the realities of medical care in low-resource and dangerous settings.

Can you share your initial thoughts when you learned of the bombing in Kunduz?

Horrible. I literally can imagine myself being there, or have people I know being among the killed or wounded. And I'm not just talking about the international staff but the local staff who really make these aid projects work. They know the culture and can speak the language. They are there to care for their fellow countrymen. We're there on a short-term basis. My heart goes out to all of them.

How pervasive are fears among staff and patients, even as noncombatants, that such a violent event could take place?

When you're working in a war zone, you're aware that at any moment bad things can happen. You're putting yourself at risk, and although you're a neutral or impartial party who should avoid the majority of fire, it's not always the case.

Security is taken very seriously by the head of the host organization and the people on site. We're constantly getting security updates and briefs and doing what we can to make conditions safer. At times, organizations like MSF have to pull out of an area because it is unsafe. But it's not a decision taken lightly, as when they do the people in the area are left with nothing. From what I know, the hospital in Kunduz was a state-of-the-art trauma center and vital to the people in the area. And now it's gone. It's a bad situation. Who knows if MSF will go back there.

What are your thoughts now about this tragedy, which some are calling a war crime?

We don't really know all the details, so it's difficult to speculate. But there are many unanswered questions. What was going through the mind of military leadership? What were the lines of communication between all the parties involved? I support a call for an independent investigation. We should learn as much as we can about what happened so we can ensure this won't happen again. This should not be brushed aside as simply a tragedy.

Tell me about the people who work in these hospitals. Who are they?

They are mostly local nurses, physicians, technicians, and translators, mixed in with some [expatriate] staff and other internationals like me. I like to say that I'm just the expat and the locals are the real experts and, jokingly, that I'm there mostly for support, and to tell bad jokes.

Generally speaking, how do facilities such as the one in Kunduz and the one you worked at in Syria differ from a surgical setting in a U.S. major city hospital?

Some of the government hospitals where MSF does its work can be well-stocked. They have ample equipment, good lighting, clean water, and power. They just might be lacking in some of the fancy diagnostic machines that go ping.

But I've worked in some settings when you're operating in the dark, with little to no water, and you don't have all the operating tools at your disposal, and you're low on blood supplies. You learn to make do with what you have. Sometimes the best decision is not to operate, as it's too risky for the patient.

How creative must you get in such settings?

You learn how to turn your phone into a flashlight and shine it on the surgical field. Or use a cardboard box for a splint. For physical therapy, maybe you crumple up paper into a ball so a person can build up strength in his hand.

What can a typical workday be like? How was it for you in Syria? I grew up with MASH and have this image in my head of meatball surgery for hours straight until a surgeon is near collapse.

It's not like that all the time, certainly, but it gets like that when casualties come in. In the case of Syria, there had been an offensive just before I arrived, and me and another surgeon were working nonstop on several occasions. At times it was around-the-clock operating, and just catnapping when it slows down.

Are you primarily dealing with acute cases?

Mostly. I'm there to save as many lives as possible. You have somewhat limited resources and you save the most with what you have. Depending on the conditions, there are times when we have to send people home, like those with advanced cancers, as we don't have the capability for follow-up and chemotherapy.

What draws you and others to work in such places?

That's difficult to say. For me, this started because I like to explore and see different areas. In 1991, I found myself in Croatia at the onset of their civil war, and in the middle of a pitched battle. I learned I was able to function in a situation like that. So there's a component that I should go. I have these skills and they need people like me. I'm good at it. In many of the places I've worked, there are very few trained surgeons. In Malawi, when I got there I became only the second surgeon to a population of millions.

How does this work: you're in Baltimore one day, and the next you're in an OR thousands of miles away?

In the case of Syria, I received an email from someone in MSF who said there was urgent need of a surgeon there and [asked] could I go. That evening, after discussing the decision with my wife, I'm on a 6 p.m. flight out of Dulles headed to a briefing in Brussels. Then it's another flight to Turkey and a border crossing into Syria.

Where are you off to next?

I have a new son. For the moment my wings have been clipped, although I still continue my research work.

Final question—is there anything to be done to improve the safety of people working in places like the Doctors Without Borders hospital?

The MSF already does a lot. In terms of tragedies such as the one in Afghanistan, all parties must respect international humanitarian law, such as the protocols of the Geneva Conventions. There are rules of war, and they must be adhered to. 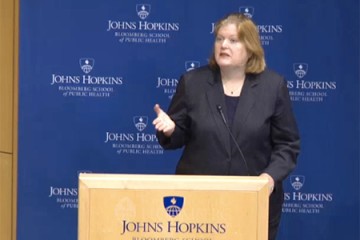