Johns Hopkins University has announced that Charles M. Blow, a columnist at The New York Times, will be the next featured guest at its JHU Forums on Race in America. Blow will speak at Shriver Hall on Oct. 28 at 5:30 p.m. 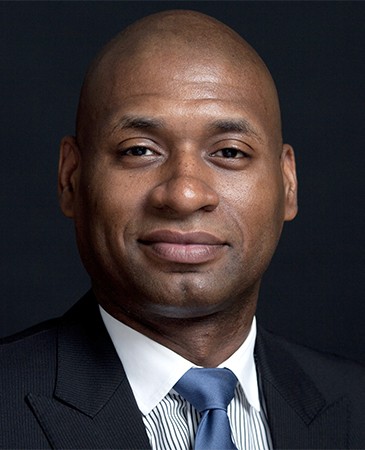 Last spring, university leaders worked with the Diversity Leadership Council and the vice provost for institutional equity to launch the forums as a venue for discussion of social issues surrounding race. At that time, turmoil in cities across the country and in Baltimore sparked passionate conversations on the university's campuses. Acclaimed writer Ta-Nehisi Coates was the first speaker in the series in April.

Since then, "our community continues to engage with difficult issues of race and racism in American culture," Provost Robert C. Lieberman said in a message to the university community today announcing Blow's visit. "We are pleased to foster critical analysis and ongoing dialogue with the fall lineup for the forums."

Blow is an op-ed columnist for The New York Times, where he tackles hot-button issues in society and politics. He is a CNN contributor and often appears on other television and radio news programs. His memoir, Fire Shut Up in My Bones, was released in September 2014.

Prior to the forum, Blow will lead a writers' roundtable for Writing Seminars students, who will be selected through an essay submission. His address to the Shriver Hall audience will include a question and answer session. Scholar and author Lester K. Spence, an associate professor of political science and Africana studies at Johns Hopkins, will be the host for the evening.

"President Ronald J. Daniels and I are excited to see the JHU Forums on Race in America evolve as part of a sustained universitywide exchange that will inform our commitment to diversity, inclusion, and academic freedom," Lieberman said.

The event is also supported by the Diversity Leadership Council, the Office of Institutional Equity, the Center for Africana Studies, the Black Student Union, the Black Faculty and Staff Association, and Student Affairs.

More information and registration details are available on the JHU Forums on Race in America website.