George Bugarinovic, a four-year standout on the Johns Hopkins University men's basketball team who graduated in March, has been named the Division III Male Scholar-Athlete of the Year by the Eastern College Athletic Conference. 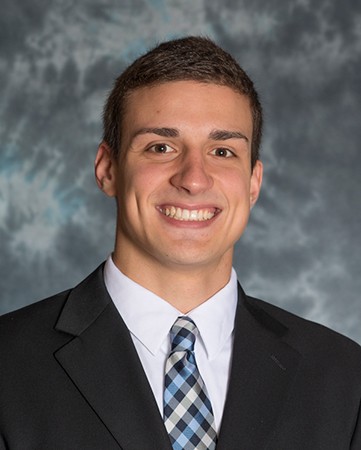 The ECAC scholar-athlete awards honor the outstanding academic and athletic achievements of student-athletes representing ECAC schools in Divisions I, II, and III. One male and one female athlete from each division are selected. Bugarinovic is the third athlete from Johns Hopkins to earn the award and fourth from a Centennial Conference member school.

A CoSIDA Academic All-American, NCAA Postgraduate Scholar, and Jostens Trophy winner, Bugarinovic graduated in May with degrees in public health and natural sciences. He finished with a 3.87 cumulative GPA and earned a perfect 4.00 GPA in each of his last six semesters. He plans to attend medical school next year.

Bugarinovic, a three-time All-Centennial Conference selection, helped Johns Hopkins to a 25-5 overall record in 2014-15 as the Blue Jays advanced to the NCAA Sweet 16 for the first time since 1990. He led the team with 7.4 rebounds per game and ranked second in scoring at 13.6 points per game on 54.5 percent shooting.

For his career, he averaged 12.1 points per game and reached double figures in 77 of his 110 games. He finished his career with 1,331 points, the eighth highest total in school history. 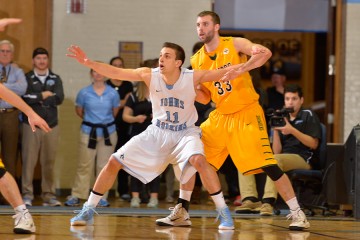