Jostens Trophy recognizes contributions on court, in classroom, in community 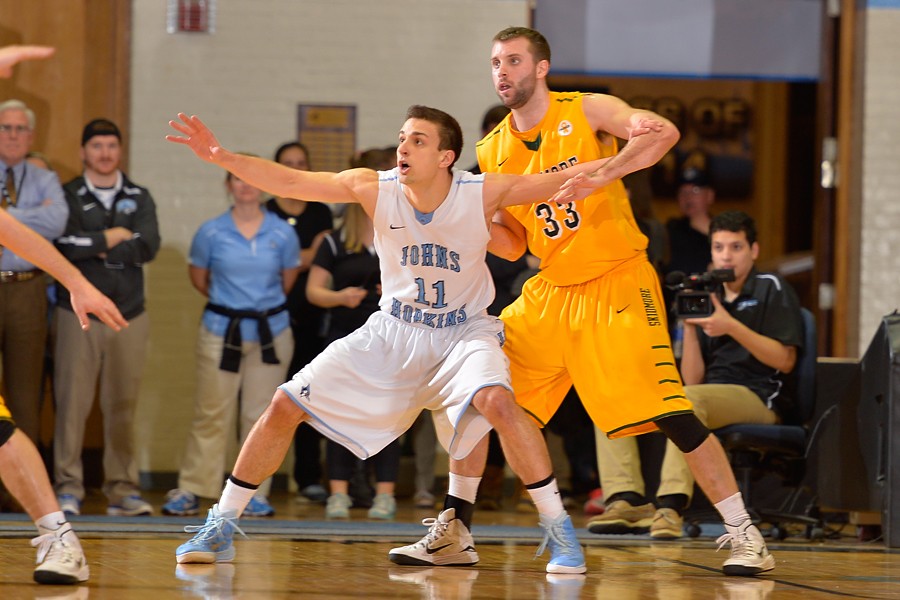 Image caption: Johns Hopkins senior George Bugarinovic leads the Blue Jays at 7.4 rebounds per game and ranks second on the team in scoring at 13.7 points per game.

Johns Hopkins senior George Bugarinovic has been named the 2015 winner of the Jostens Trophy for Division III men's basketball, making him the first player—men's or women's—in school history to win the prestigious award and the first men's player from the Centennial Conference to do so.

The Jostens Trophy, a national award created by the Rotary Club of Salem, Virginia, is awarded to an outstanding NCAA Division III men's and women's basketball player who excels on the floor, in the classroom, and in the community. This is the 18th year the award has been presented.

The awards presentation is scheduled for Thursday at the Salem Civic Center, in conjunction with the NCAA Division III men's basketball semifinals and championship, which will be held Friday and Saturday.

"It's a tremendous honor to win this award," said Bugarinovic. "Looking at the finalists from this year and the past winners, it's just an incredible group of people. It's very humbling and again, a huge honor. I'm very thankful to my teammates and my coaches who made it possible."

Bugarinovic is a four-time All-Centennial Conference selection and garnered first-team honoree in 2015. A double major in public health and natural sciences, he boasts a 3.84 cumulative GPA and was a 2015 third-team CoSIDA Academic All-American.

He led the team in rebounding at 7.4 rebounds per game and ranked second in scoring at 13.7 points per game. He helped the Blue Jays to a 25-5 record this season—the 25 wins are a school record—and a spot in the NCAA tournament Sweet 16.