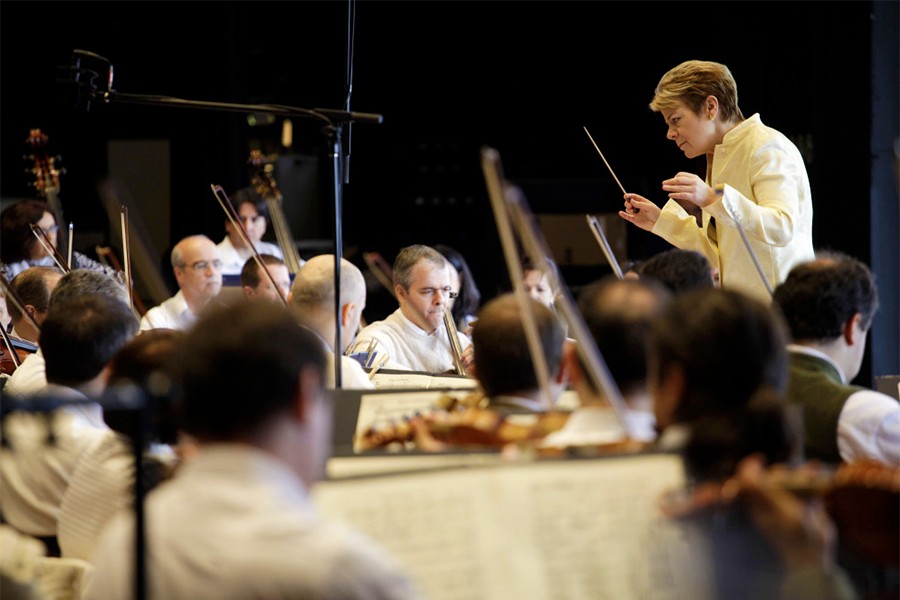 Marin Alsop, an inspiring and powerful leader in the international music scene, has been appointed to lead the graduate conducting program at the Peabody Conservatory of the Johns Hopkins University. 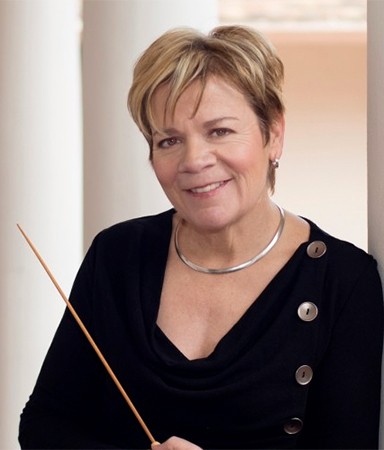 Alsop, music director of both the Baltimore Symphony Orchestra and the São Paulo Symphony Orchestra, is recognized for her deep commitment to education and her gift for communicating with and building audiences. She first joined the Peabody conducting faculty in 2006 as a Distinguished Visiting Artist.

As director of graduate conducting, she succeeds one of her mentors, Gustav Meier, who is retiring after a venerable and award-winning career, including nearly 20 years teaching at Peabody.

"We're simply thrilled that Marin Alsop has agreed to step into this leadership position at Peabody," says Fred Bronstein, dean of the Peabody Institute. "Her bold vision and innovative approach will further enhance our conducting program—already one of the strongest in the nation—and our students will benefit tremendously from this increased opportunity to work with a conductor of Marin's caliber. And at a time when Peabody is focusing increasingly on what it means to be a citizen-artist in the 21st century, there is no better practitioner than Marin Alsop as exemplified through her commitment to education, community engagement, and an innate talent for making music meaningful to so many different audiences."

The highly selective conducting program at Peabody focuses on orchestral and wind conducting and offers students the opportunity to earn a Master of Music, Graduate Performance Diploma, or Doctor of Musical Arts degree. Many graduates from the program now hold positions with prestigious ensembles in the U.S. and abroad.

"It is an incredible honor to accept this baton from my colleague and friend, master teacher Gustav Meier," Alsop says. "His commitment to shaping the talents of young musicians has been an inspiration to me, and I am looking forward to continuing that legacy and working even more closely with the wonderfully gifted students and dedicated fellow faculty at Peabody."

Alsop has made history as the first woman to head a major American orchestra and the first female conductor of the BBC's Last Night of the Proms in London. Next month, she returns to The Proms to conduct the Last Night again.

Alsop has guest-conducted the great orchestras of the world, including Philadelphia, Cleveland, Los Angeles Philharmonic, Royal Concertgebouw, La Scala Philharmonic, Orchestre de Paris, and the Bavarian Radio Symphony. She has a close relationship with both the London Symphony and the London Philharmonic as well as the Orchestra of the Age of Enlightenment. She is also Artist in Residence at the Southbank Centre in London.