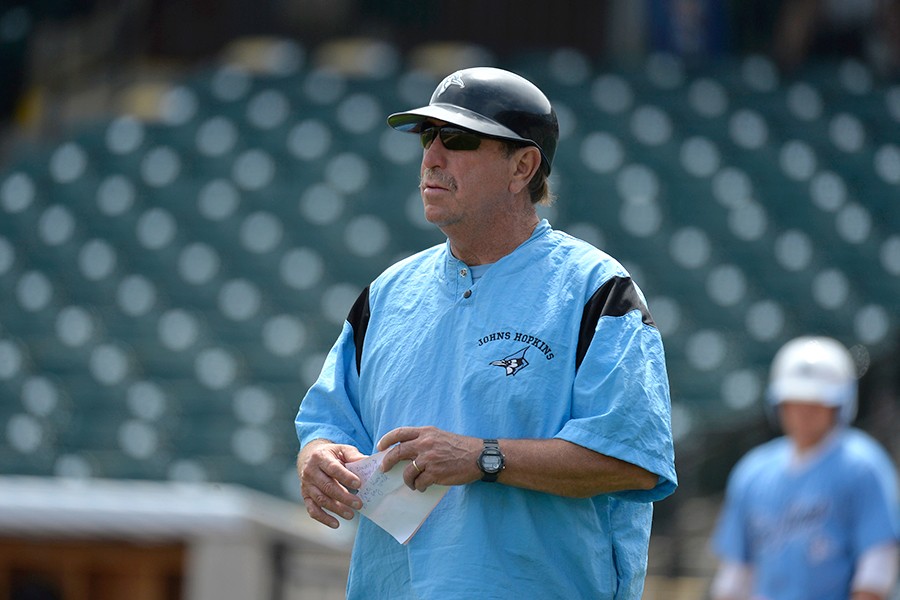 Image caption: Bob Babb, who recently completed his 36th season as the head coach of JHU's baseball team, owns a career record of 1,042-383-13.

Bob Babb, who has been the head baseball coach at Johns Hopkins University since 1980 and ranks as one of the winningest coaches in NCAA Division III history, has been elected to the American Baseball Coaches Association Hall of Fame, the ABCA announced today.

Babb is one of four coaches who will be inducted during the ABCA/Diamond Hall of Fame/Coach of the Year Banquet at the ABCA Convention on January 8 in Nashville, Tennessee. The 2016 induction class includes legendary University of Texas coach Augie Garrido, who has 1,950 career wins and 15 College World Series appearances to his credit; Spring Arbor's Sam Riggleman, who became the 19th coach in NAIA history to reach 1,000 wins this past spring; and University of South Carolina's Ray Tanner, who led the Gamecocks to six College World Series appearances in 16 seasons—winning national championships in 2010 and 2011—before becoming the school's athletic director after the 2012 season.

Tickets to the banquet, which must be purchased in advance, will be available beginning Sept. 1.

"I'm very proud and honored and humbled," says Babb, who first learned he would be honored by the ABCA in the spring. "I was a little bit surprised because I envision those things happening guys that are a little older and little closer to retirement, and I don't feel that I'm there yet."

Babb, 60, says he hopes to coach the Blue Jays for another 10 years "if I stay health and I continue enjoying it."

In a career full of milestones, selection to the ABCA Hall of Fame is the third significant marker for Babb in just under 18 months. Early in the 2014 season, he became the ninth coach in NCAA Division III history to reach the 1,000-victory mark for his career. That same spring and continuing into the summer, the baseball stadium on the Johns Hopkins campus underwent a $4 million renovation. The new facility was named Babb Field at Stromberg Stadium in honor of the Blue Jays' longtime coach.

Babb recently completed his 36th season as the head coach at Johns Hopkins and owns a career record of 1,042-383-13 (.729) with the Blue Jays. He has guided Hopkins to 19 NCAA tournament appearances, 13 Centennial Conference championships, 10 Middle Atlantic Conference (MAC) Southeast titles, and seven University Athletic Association (UAA) championships. Johns Hopkins competed in the MAC from 1980 to 1993 before joining the Centennial in 1994. The Blue Jays held joint membership in the UAA from 1989 to 2001.

Babb has led Johns Hopkins to three appearances in the NCAA Division III World Series, including a national runner-up finish in 2008 and a third-place showing in 1989. In 2008, the Blue Jays came within one strike of claiming the program's first national championship. Two years later, Babb guided Hopkins back to the CWS and notched his 900th career victory during that appearance. The 2004 team opened the season with a then NCAA record 33-game winning streak.

Babb ranks in the top five among active NCAA Division III coaches in both winning percentage and total wins. His teams have never had a losing record.

Babb played baseball for the Blue Jays from 1974 to 1976 and participated in the first NCAA Division III tournament in 1976. A 1977 graduate of Johns Hopkins, he served as an assistant baseball and football coach at Hopkins for two years before becoming head baseball coach. Babb continued to serve as assistant football coach at JHU until 1998.

"I set foot on the campus in 1973 and really have never left," Babb says. "I've seen more changes than you can imagine."

Babb was inducted into the Johns Hopkins Athletic Hall of Fame in 1996.

"I've been fortunate that I've had very good helpers as assistant coaches and very good players over the years," Babb says. "With that combination, it's hard not to succeed." 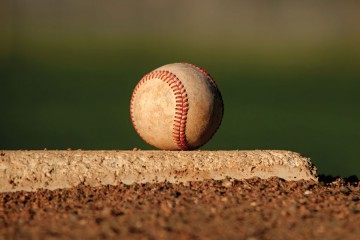