'Cancer: The Emperor of All Maladies,' produced by Ken Burns, up for award in documentary or nonfiction series category

A PBS documentary series about cancer that prominently featured patients at Johns Hopkins Hospital has been nominated for an Emmy Award.

Cancer: The Emperor of All Maladies, a six-hour series executive produced by Ken Burns and directed by Emmy Award–winning filmmaker and writer Barak Goodman, is among five nominees for the award for documentary or nonfiction series. The series, based on the Pulitzer Prize–winning book of the same name by Siddhartha Mukherjee, a cancer specialist at Columbia University, premiered in March.

Other nominees in the documentary or nonfiction series category are PBS's American Masters; HBO's The Jinx: The Life and Deaths Of Robert Durst; PBS's The Roosevelts: An Intimate History (produced and directed by Burns); and CNN's The Sixties.

The 67th Emmy Awards will air Sept. 20 on FOX. A complete list of nominees can be viewed online. 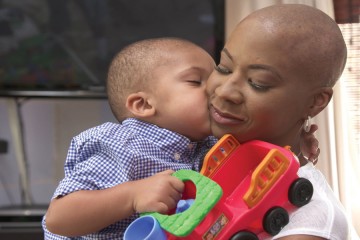