A look back at the three-day Homewood campus festival

This weekend, Johns Hopkins University's Homewood campus transformed into a bustling fairground, attracting thousands who turned out to delight in Spring Fair, a Hopkins tradition in its 44th year.

More than 20 bands played throughout the course of the three-day event, including rap and hip-hop icon Nelly, Spring Fair's headline performer.

Students welcomed the respite from the approaching end-of-semester grind.

"Everybody just stops. The weather's nice and everyone gets a chance to relax before finals," said Victor Lin, a sophomore majoring in public health studies. "It's a good opportunity for the entire community to come by, too." 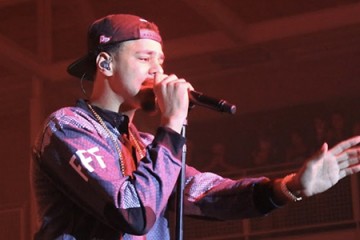 Published April 23, 2015
A look at some of the annual festival's most notable performers over the years