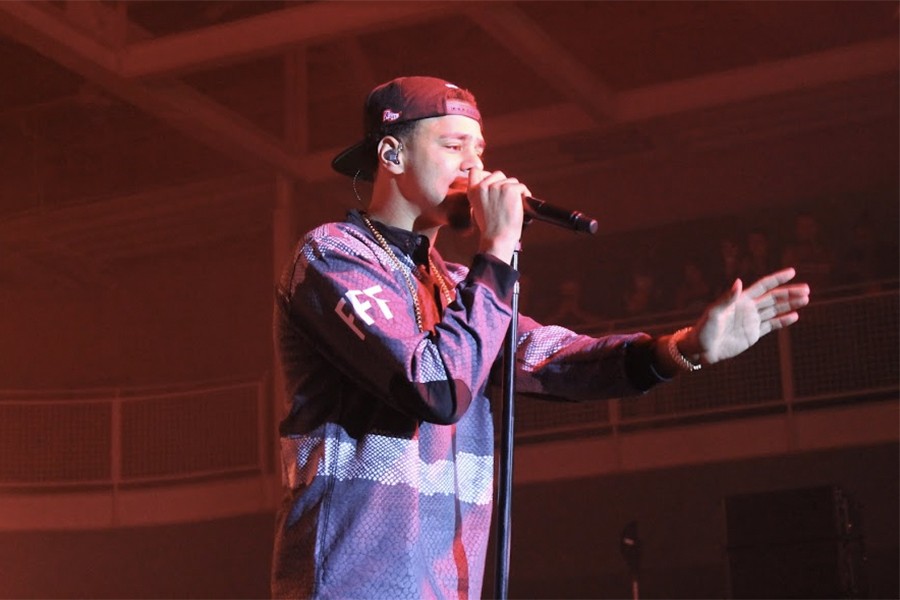 Johns Hopkins Spring Fair kicked off in 1972 (though it was known then as 3400 On Stage), inviting the Baltimore community to the university's Homewood campus for parades, exhibitions, and performances.

Since its beginning, the event billed as the largest student-run festival in America has attracted noteworthy performers from the world of music, from a young Eminem to the first musician to play at the original Woodstock in 1969.

This year, as Hopkins prepares for a performance by Nelly (of "Hot in Herre" fame), we've put together a list of 10 of the biggest acts to hit the Spring Fair stage over the past four and a half decades.

In 1999, the then-budding superstar went from an unknown underground battle rapper crashing in a Detroit doublewide to a Billboard-topping hip-hop artist. His Shriver Hall performance came right on the heels of the release of his triple-platinum major-label debut, The Slim Shady LP, the same year he played at MTV's Spring Break.

The costumed gang came to campus for a disco revival, performing their sing-along hits like "Macho Man" and "YMCA." Actress Kathleen Turner (who starred in the John Waters film Serial Mom, among others) was rumored to be an attendee at that year's Spring Fair, too.

In 2009, hip-hop's No. 1 live band joined Jimmy Fallon's late show as the house band in residence after years of touring, including two Spring Fair gigs (the group also performed at Hopkins in 2002). Since, the Roots have performed on national television with stars like Prince, Mariah Carey, and recently, pop-star Meghan Trainor.

The high school garage band from Princeton, N.J., famous for the hit "Run Around," emerged in the '90s as part of a new wave of jam bands. In 1992, the year they performed at JHU, frontman (and harmonica whiz) John Popper founded Horizons of Rock Developing Everywhere (better known as the H.O.R.D.E. Festival), a touring summer rock festival uniting jam bands.

The underground early-'90s artist with old-school beats and a funk-influenced style was a bona-fide hip-hop star by the time he performed at Spring Fair. More recently, the artist-turned-actor has garnered praise for his Oscar-winning musical collaboration with John Legend, "Glory."

The folk icon (and first act to hit the stage at Woodstock) performed at the 1976 Spring Fair, the same year he released his 11th album, The End of the Beginning. Havens, who released 21 albums over a career that spanned more then four decades, died in 2013 at age 72.

Dance beats spilled out of the Rec Center as students jammed along to the indie electronic group that combines modern pop melodies, dance rhythms, and lyrics led by vocalist Michael Angelakos. Their hit "Take A Walk" was named one of the best songs of 2012 by Rolling Stone.

The hip-hop star released his third album in 2014, the year he performed at Spring Fair. His first album, Cole World: The Sideline Story, debuted at No. 1 in 2011, earning him a devoted fan base with hits like "Work Out."

The alt rock band hat first formed in 1991 came to Hopkins in 2004 to play for the crowd that embraces them the most—college students. It was also the same year the group's guitarist founded Reverb, an organization that helps musicians "go green."

In an unlikely pairing, the ska punk band Reel Big Fish, which rose to fame with the 1997 hit "Sell Out," shared top billing at 2008's Spring Fair with hip-hop group Bone Thugs-N-Harmony.

Johns Hopkins Spring Fair will be held Friday through Sunday at the university's Homewood campus.