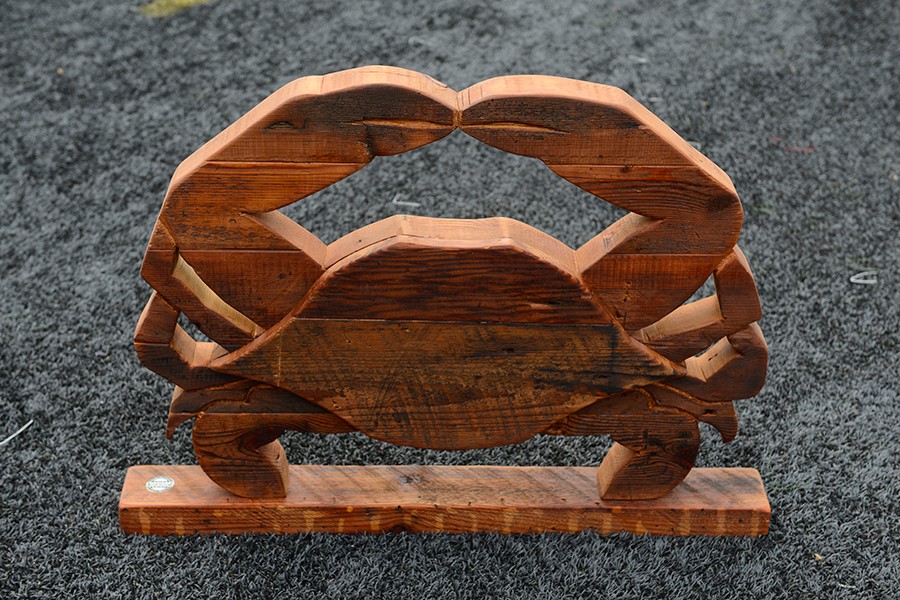 The winners of Saturday's 113th meeting between Johns Hopkins and Maryland will not only have the satisfaction of defeating a longtime rival. They'll also get to grab the crab.

On Tuesday, the two schools unveiled The Rivalry Trophy, which will be presented annually to the winner of the annual showdown between the Blue Jays and Terps. The crab-shaped trophy, crafted by Sandtown Millworks, was made using reclaimed wood from Baltimore. It weighs 25 pounds and measures 32 inches wide and 22 inches tall.

"It is not lost on our current staff and players or those who came before us that representing Johns Hopkins in the greatest rivalry in college lacrosse is an honor," Johns Hopkinscoach Dave Pietramala said. "After more than 100 all-time meetings, it's not easy to add something to a rivalry that is already so intense and important to so many, yet the addition of the 'The Rivalry Trophy' does just that. We look forward to the addition of this new and exciting chapter in the storied history of Hopkins-Maryland."

Added Maryland coach John Tillman: "Our coaching staff and players consider it a great honor and privilege to compete in a rivalry that is much greater than ourselves. We are thrilled to add even more meaning to the Maryland-Johns Hopkins rivalry with the addition of the trophy."

Much like their rivalry on the field, Johns Hopkins and Maryland have differing opinions on the official all-time series record. JHU notes the first official meeting as 1895 and counts a 70-40-1 series lead. The Terrapins recognize their program's first season as 1924 and maintain the Blue Jays hold a 63-40-1 advantage in the series.

Saturday's meeting at 8 p.m. at Maryland's Byrd Stadium marks the first time the rivals have met as conference opponents, as both joined the new Big Ten Conference this season. A Terps win on Saturday would give them the conference regular-season outright, while a JHU victory would give the Blue Jays a share of the league championship.