The Society for Experimental Mechanics has awarded its top honor to Johns Hopkins Professor K.T. Ramesh, who will receive his W.M. Murray medal and present an associated lecture at the society's annual conference in June. Ramesh, a professor of science and engineering in the university's Whiting School of Engineering, was recognized for "his major impact on our understanding of nanomaterials and dynamic failure processes," according to the mechanics society. 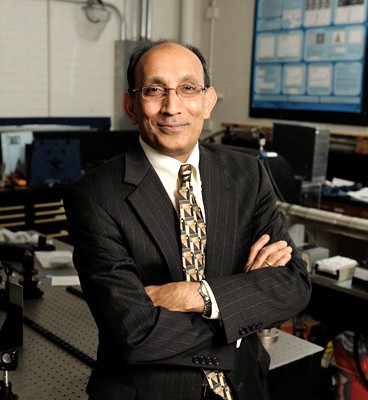 Ramesh has served as the founding director of the Hopkins Extreme Materials Institute (HEMI) since 2012. He first joined the university's Department of Mechanical Engineering in 1988, acting as department chair from 1999 to 2002.

The Society for Experimental Mechanics, an international professional engineering association, will host its annual conference this year in Costa Mesa, California, from June 8-11. Ramesh is the third professor from JHU's Department of Mechanical Engineering to earn the society's W.M. Murray Medal and give the associated William M. Murray Lecture, joining James Bell (1989) and Bill Sharpe (2002).