Bogdanovski finished in 1:46.69 to win by eight-tenths of a second and claim her the fourth individual NCAA title of her career. A day earlier she won the 50 freestyle for the second year in a row, and she has also contributed to five relay wins at nationals.

The Blue Jays are seventh overall in the team standings; Kenyon sits in first place. 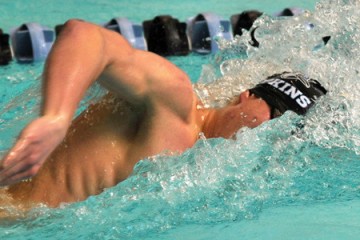