5 movies from French-speaking countries to be shown in March 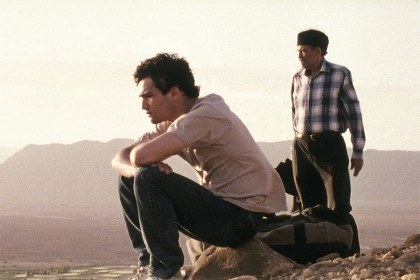 This year's theme is Francophone Crossings, and each of the five chosen films reflect on issues that arise when diverse populations interact. The lineup includes a documentary that follows the 2007 slander trial of the Parisian satirical magazine Charlie Hebdo, the offices of which were the target of a recent attack that left 12 people dead, including the publication's editor and several cartoonists.

All films are free and open to the public and will be screened in Mudd Hall room 26 on the Homewood campus. Each film will be in French with English subtitles, and a discussion session in English will follow.

March 2, 7:30 p.m.: Monsieur Lazhar (2011), an unforgettable movie based on the one-person play by Evelyne de la Chenelière. Directed by Philippe Falardeau, the film explores the intricate process by which a teacher, earns the respect and trust of his pupils, some of them the children of immigrants. Presented by Eric Bulakites, a graduate fellow in German and Romance Languages and Literatures. Watch the trailer

March 4, 7:30 p.m.: It's Hard Being Loved By Jerks (C'est dur d'être aimé par des cons) (2008). A documentary following the 2007 slander trial of the Parisian satirical magazine Charlie Hebdo after the magazine reprinted controversial Danish political cartoons of the prophet Mohammed. The film explores issues of freedom of the press, censorship and the rights of religious minorities. There will be a Q&A following the film with History Department lecturer Laura Mason and Nicole Karam, a graduate assistant in German and Romance Languages and Literatures. Watch the trailer

March 6, 7:30 p.m.: Hold Back (Rengaine) (2012). The story of an interracial couple set in modern-day Paris that offers a glance into the complex racial and religious enmities that exist between two cultures in France. Presented by Guido Furci, a graduate student in German and Romance Languages and Literatures. Watch the trailer

March 8, 3 p.m.: Le grand voyage (2004). The story of a young man who drives his aging father to Mecca for the Hajj and how their relationship grows along the way. The filmmaker was granted rare permission to shoot in Mecca, offering viewers a glimpse into the traditional pilgrimage. Presented by Professor Niloofar Haeri, chairwoman of the Anthropology department. Watch the trailer

The festival is supported by the following Johns Hopkins programs: the Department of German and Romance Languages and Literatures, the Center for Advanced Media Studies, the Centre Louis Marin, the Graduate Representative Organization, the International Studies Program and the Program for Film and Media Studies.