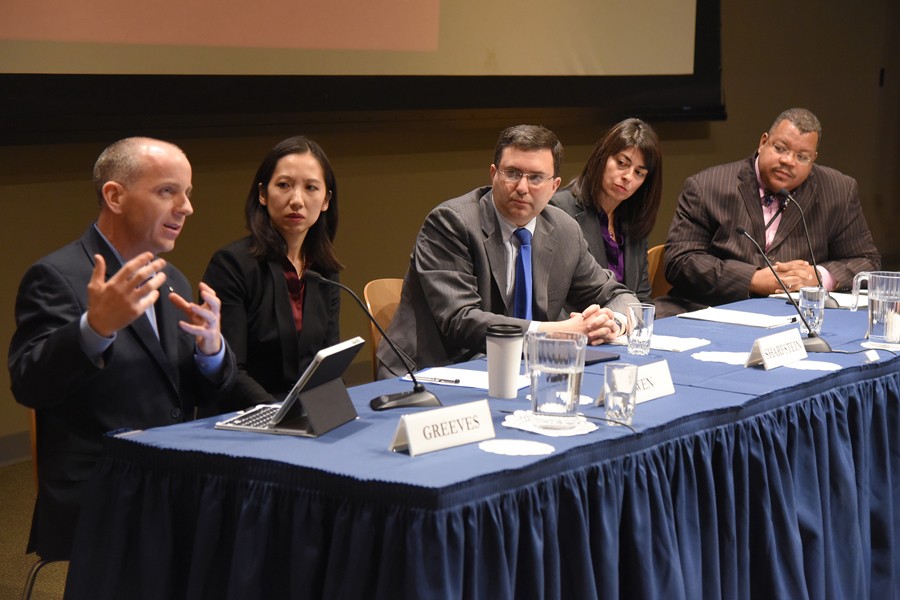 By Jackie Powder and Maryalice Yakutchik

Revising vaccine exemption policies, understanding the motivations of vaccine-hesitant parents, and working more closely with physicians were among the recommendations made by experts Monday during a measles symposium hosted by the Johns Hopkins Bloomberg School of Public Health.

Despite an effective measles vaccine, cases imported from overseas and pockets of low vaccination coverage will continue to test U.S. public health agencies, experts agreed. Speakers discussed the protein structure of the virus, the development of the measles vaccine, and the concerns of anti-vaccine parents, and they explored what can be done to prevent a widespread measles resurgence.

The event—moderated by Richard Besser, chief health and medical editor for ABC News—came amid a measles outbreak that has sickened more than 120 people in 17 states and Washington, D.C. The majority of cases were not vaccinated or did not know their vaccination status.

The outbreak, which originated in late December at California's Disneyland, is a "teachable moment," said retired U.S. Rep. Henry A. Waxman, an influential public health lawmaker.

"When we see a disease that was almost completely eliminated in the early 1980s, now come back with a jolt all around this country," he said, "we have to ask ourselves what is going on, why are we experiencing this serious problem?"

Despite the effectiveness of the measles vaccine—also known as MMR, for measles, mumps, and rubella—there are an estimated 20 million measles cases and 146,000 deaths worldwide each year, said Jane Seward, deputy director for the Division of Viral Diseases of the CDC's National Center for Immunization and Respiratory Diseases.

"When measles happens anywhere in the world, it can come here on a plane and spread very quickly," Seward said.

Neal Halsey, director of the Institute for Vaccine Safety at the Bloomberg School, said he watched children die from measles early in his career and added that the outbreaks following the CDC's 2000 announcement of measles elimination in the U.S. are particularly painful because the measles vaccine has been proven safe and effective.

"Here's one single vaccine that prevents more than a million deaths every year," Halsey said.

Despite the effectiveness of the vaccine, public health officials have noted a worrisome trend—the rates of vaccine hesitancy and refusal are increasing, said Daniel Salmon, deputy director of the Bloomberg School's Institute for Vaccine Safety. Research indicates that attempts to scare hesitant parents into vaccinating their children are unlikely to work, Salmon said, but studies show that almost half of resistant parents agree to vaccinate if the physician continues the discussion after the initial refusal. Other promising options include educating pregnant women about child vaccines and tightening nonmedical vaccine exemption laws, he said.

Interactions at doctors' offices also need to be considered, said health communications expert Debra Roter. While conversations between doctors and vaccine-hesitant parents are often difficult and time-consuming, she emphasized that collaboration and respect must define the parent/pediatrician relationship.

"More than anything else," Roter said, "parents want to be sure that what they do is the right thing for their child."

At the conclusion of the symposium, Baltimore City Health Commissioner Leana S. Wen and white-coated pediatricians from 10 hospitals throughout the region released a consensus statement urging parents across the nation to join Baltimore in keeping measles and other preventable illnesses from rising again: "We have had zero cases of measles in Baltimore. Zero deaths. [But] we cannot become complacent." 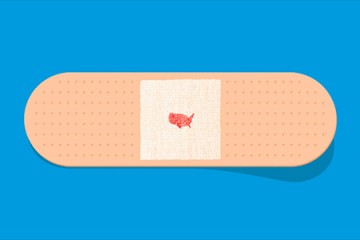