A 30-second commercial during the Super Bowl XLIX broadcast on Sunday will cost advertisers a record $4.5 million. Tack on the expense of producing a Super Bowl-worthy ad—typically also in the seven-figure range—and the decision to ante up for the big game can be a tough one for some companies, according to Johns Hopkins University marketing expert Haiyang Yang. 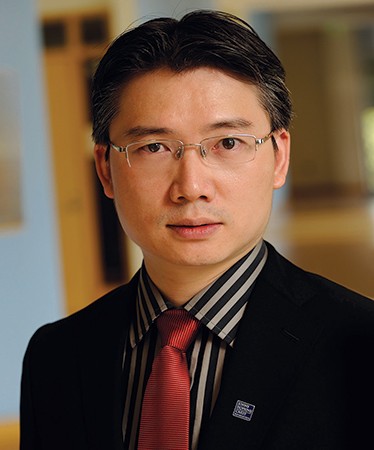 Yang, an assistant professor on the research faculty of JHU's Carey Business School, recently discussed the pros and cons of buying time for a Super Bowl ad.

How does a company justify the price tag for one of these ads?

Whenever firms are making decisions about big advertising events like this, they're thinking basically about two things. One is to get the company's or brand's name out there and build awareness. If we look at who advertises during a Super Bowl, many are new companies or new brands. Super Bowl advertising allows them to be noticed by over 100 million consumers in 30 seconds. Even if you are an established brand, you want to keep your product in consumers' "consideration set" when they shop. Super Bowl advertising is one way to remind consumers of your product. Also, the boost in awareness goes beyond those 30 seconds during the game. Whenever people talk about the ads online or offline after the game—and sometimes even before the game in some cases—the awareness is increased.

Second, Super Bowl advertising is also a tool for firms to create a favorable brand image—Yes, I saw your ad and now know about your brand, but do I like your brand as a result? That's decided by a number of factors such as whether your ad is well designed, novel, and humorous, and whether it meets my expectation of what a Super Bowl ad should be like. Of course, the fact that you're associating yourself with such a prestigious event gives your brand some credibility. But you will need a great ad to truly benefit from this opportunity to connect with consumers and build a favorable brand image.

Besides those two main reasons for doing an ad, are there others you care to mention?

There are some auxiliary benefits that people don't usually take into account when assessing the impact of these ads. For example, Super Bowl ads can have influence inside the advertising companies themselves, particularly for new companies. Many people tend to favor working for "brand name" firms. The ability to pull off a great Super Bowl ad can help new firms attract and recruit new talent. Also, for those who already work for the firms, they would be motivated by the fact that their company now can do what the most powerful firms do—advertise in the Super Bowl.

Super Bowl advertising may also provide benefit in a business-to-business sense. Even if you are a consumer product company, after seeing your company's great Super Bowl ad, other firms you interact with, like your suppliers and distributors, could be more interested in doing business with you. After all, you are now famous, and that fame is something that could potentially benefit those other firms as well.

So how about the risks? Why would a company not want to advertise during the Super Bowl?

All advertisers in the Super Bowl face the risk of very high expectations. Just the fact that it's a Super Bowl ad increases viewers' expectations of how good it should be. If it isn't up to that standard, you could end up disappointing the very people you're trying to impress.

About half of the game's viewers reportedly tune in just to see the ads, so that raises the stakes for advertisers even more. These are viewers who aren't just comparing this year's ads with one another but also with Super Bowl ads from the past, which are some of the best TV commercials ever made. If viewers feel that a company didn't execute its advertising well, then that can speak to the competency of the company in some consumers' minds.

Advertisers also face the risk of a public that's becoming less susceptible to the messaging of the ads, thanks to the abundance of technology and information at our fingerprints. The entire advertising industry is built on the fact that we don't have perfect information about products. But if I know exactly how an advertised product will perform—because I can look up countless reviews and product-comparison reports online—then that changes the game. An ad may have less persuasive power than before. This may be especially true for utilitarian products, like a computer printer, but perhaps less so for products that are more hedonic, more about pleasure, like a beverage. Given that one thing advertising does particularly well is make emotional appeals, hedonic products may benefit from Super Bowl advertising relatively more.

There is also a question of return on investment. Advertising at Super Bowl is expensive. Firms should think about whether they can achieve the same level of brand awareness and build the same brand image through other channels like regular TV programs or online platforms at a lower cost. Another issue firms need to think about is that when, for example, all the major brands of the same product category advertise during the Super Bowl, assuming that their ads are equally good and that the number of consumers of this category of product is stable, none of the brands might end up benefiting from the huge advertising spending. In such a case, those brands may be more profitable if they all do not advertise.

Finally, we've seen various issues recently that have made the NFL a troubled brand, from domestic violence and other criminal cases to the more recent "Deflategate" controversy. If your brand centers on the value of family or honesty, association with the NFL may sometimes become a liability. 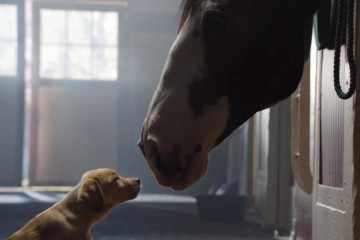