By Ekaterina Pesheva and Lauren Nelson

The study, based on comparison of childhood asthma rates in cities and outside of them, found no differences in asthma risk between children living in urban areas and their suburban and rural counterparts.

The findings, published online Jan. 20 in the Journal of Allergy and Clinical Immunology, showed a surprisingly uneven distribution of asthma—one that fails to follow traditional patterns of urban and nonurban residence, the team says.

Significantly, the investigators say, they found a powerful link between poverty and African-American race and Puerto Rican ethnicity and a higher-than-average asthma risk.

"Our results highlight the changing face of pediatric asthma and suggest that living in an urban area is, by itself, not a risk factor for asthma," says lead investigator Dr. Corinne Keet, a pediatric allergy and asthma specialist at Johns Hopkins. "Instead, we see that poverty and being African American or Puerto Rican are the most potent predictors of asthma risk."

The idea that certain aspects of urban living—pollution, cockroach and other pest allergens, higher rates of premature births, exposure to indoor smoke— make inner-city children more prone to developing asthma emerged more than 50 years ago, when public health experts first described an epidemic of inner-city asthma cases. While all those factors continue to fuel asthma risk, the investigators say, they may no longer be exclusive to or even predominant in inner-city areas, and the new study findings bear out this phenomenon.

The results, the researchers say, reflect powerful demographic shifts at work, such as increasing poverty in suburban and rural areas, and the movement of racial and ethnic minorities out of inner cities. Therefore, they add, public health interventions should also reflect this changing reality.

"Our findings suggest that focusing on inner cities as the epicenters of asthma may lead physicians and public health experts to overlook newly emerging 'hot zones' with high asthma rates," says senior author Dr. Elizabeth Matsui, a pediatric asthma specialist and associate professor of pediatrics and epidemiology at the Johns Hopkins University School of Medicine.

The investigators caution that their research focused solely on baseline asthma risk—in other words, whether a child living in the city is more likely to have asthma than a child living in the suburbs or in the country. Their present study, they add, was not designed to capture whether inner-city children who have asthma suffer worse symptoms or require more medical attention than children with asthma who live elsewhere. The latter question, the researchers say, is the subject of a separate investigation already under way.

The Johns Hopkins study, based on a survey of parents and caregivers of 23,065 children, ages 6 to 17, showed that 13 percent of inner-city kids had asthma, compared with 11 percent of children living outside of inner cities. This small difference vanished, however, once the investigators included variables such as race, ethnicity, and geographic region in their analysis.

In addition, children of families with incomes below the national poverty threshold were more likely to be diagnosed with asthma and have an asthma attack that required emergency treatment than the children of families with higher incomes. And as annual income went down, the risk of having an emergency asthma episode or a diagnosis of asthma both crept up, the study found. Of note, the researchers say, was the finding that family poverty had a stronger influence on asthma risk than overall neighborhood poverty. In other words, personal poverty drove asthma risk more than living in a poor neighborhood itself.

African-American children and those of Puerto Rican descent had disproportionately higher asthma rates, at 17 and 20 percent respectively, compared with their white (10 percent), other Hispanic (9 percent) and Asian (8 percent) counterparts. Being African American or Puerto Rican remained potent risk factors even after the scientists eliminated the influence of other variables such as neighborhood poverty, household income, and geographic area of residence.

While the study was not designed to tease out the driving factors behind the disproportionately higher asthma risk among African-American and Puerto Rican children, the investigators note that both African Americans and Puerto Ricans have a well-known risk for developing asthma, partly due to biologic and genetic differences.

Inner-city asthma rates, the study showed, varied widely by geographic region, with urban areas in the Northeast having the highest prevalence—17 percent of children living there had an asthma diagnosis—while urban areas in the western United States had the lowest asthma rates at 8 percent. Some poor suburban and rural areas had asthma rates higher than those of inner-city zones. For example, the asthma prevalence in low-income suburban areas of the Northeast was 21 percent, compared with 17 percent in the corresponding urban area of that same geographic region. Low-income areas in medium metro areas in the Midwest had 26 percent asthma prevalence, compared with 15 percent in urban areas of the Midwest. 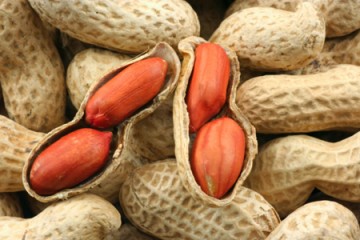 Published Aug 15, 2014
One in 10 children in study allergic to milk, eggs, or peanuts / Hopkins Medicine