When making decisions, intuition can be better than a rational, deliberate approach 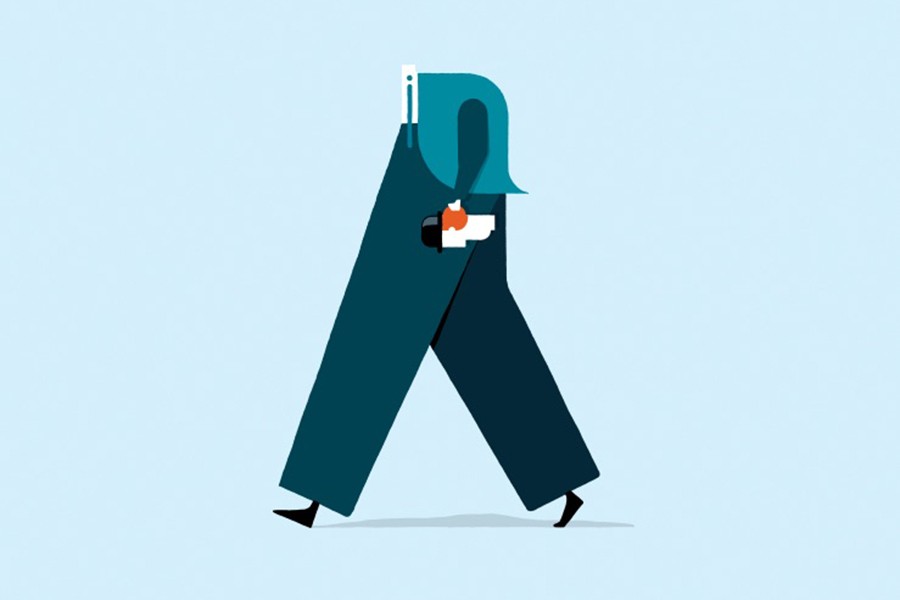 The following article was originally published in the fall 2014 issue of Changing Business, the research magazine of the Johns Hopkins Carey Business School.

It's a piece of advice we might take in deciding, say, whether to pursue a romance. But business decisions? Too subjective, right?

Wrong. Or, more precisely, it depends.

That's the upshot of work being done by Shabnam Mousavi in an area known as "fast and frugal heuristics." The notion is that in certain scenarios, intuition is a better decision-making tool than a rational and deliberate calculation of the options.

Mousavi, an assistant professor at the Johns Hopkins Carey Business School and a fellow at the Max Planck Institute for Human Development in Berlin, is the lead author of a research article on the topic, "Risk, uncertainty, and heuristics," which was published in August in the Journal of Business Research. Her collaborator on the work is Gerd Gigerenzer, a director of the Max Planck Institute and the scholar credited with developing the concept of fast and frugal heuristics.

In the article, Mousavi and Gigerenzer revisit an area introduced in the 1920s by Frank Knight, one of the founders of the school of economic thought associated with the University of Chicago. Knight made a distinction between risk and uncertainty in business decisions. He said most business decisions—and virtually all those that could result in economic profit for the decision maker—are made in the face of uncertainty. These uncertain situations have too many unknowns and complexities to lend themselves to statistical analysis. No matter how hard you try, you'll never move it up to the level of being a calculated risk.

In the years since Knight first addressed the issue, economists have focused on what constitutes the rational decision-making process that an individual should employ, attempting to distill that process into a purely objective, mathematically quantifiable formula. There's just one problem: Research shows, by and large, that's not how people make decisions. Instead, they pick the quick-and-dirty alternative—the heuristic approach.

Daniel Kahneman not only won a Nobel Prize for his work in heuristics and biases, he raised public awareness of heuristics through his popular book, Thinking, Fast and Slow. Kahneman contrasted two modes of thinking—System 1 (fast and intuitive) and System 2 (slow and deliberate)—to show how we often grab the quick answer, only to see that our brains mislead us. An example: A ball and a bat together cost $1.10. The bat cost $1 more than the ball. How much did the ball cost? Most people quickly say 10 cents using System 1 thinking. But do the calculations with System 2 thinking, and you'll realize the right answer is five cents.

Mousavi aims to expand the reasoning underlying Kahneman's work. While heuristics can mislead us, so can too much information. When American and German students were asked whether Detroit or Milwaukee is the larger city, the German students got the answer right 90 percent of the time, the Americans only 60 percent. The Germans were able to use what's called the recognition heuristic—placing a higher value on something they recognize—because they had heard of Detroit but not necessarily Milwaukee. Because the Americans had heard of both, that tool wasn't available for them in that circumstance. In a similar vein, people who aren't financial experts were able, in some conditions, to put together a better portfolio of stocks than experts did, because they chose the names of companies they recognized. In other words, they didn't overthink the issue, because they couldn't.

There are several types of fast and frugal heuristics that lead to better, quicker results than their more knowledge-dependent alternatives. It's critical to recognize, though, that the success of such heuristics is dependent on the circumstances in which they're applied. The German students wouldn't necessarily be successful picking between two American cities they hadn't heard of. Nor would the non-expert stock pickers do as well with a portfolio of 30 stocks instead of just 10.

Because businesses generally prize rational thinking rather than subjective assessments, leaders will claim that they use objective methods such as net present value in making business decisions. But on closer consideration, executives admit they rely on "gut feel" in making capital allocations almost half the time, other researchers have discovered.

Rather than minimizing the value of such decision making, Mousavi says, we should recognize the evolutionary reasons why humans have developed these approaches and figure out the best circumstances for using them. That first requires abandoning the concept of one right, objective path, a legacy of British empiricism that emphasized objective external truths.

How would a modern company incorporate Mousavi's thinking? She suggests they create a decision tree that starts with the fundamental question, "If the worst-case scenario of a proposal were to occur, could you survive?" If no, don't pursue it. If yes, the next question might be whether the company was well positioned as a first mover in an area. By making each decision sequentially, the company can more effectively limit its information to relevant factors—avoiding information overload and not attempting to quantify the unquantifiable.

And by the way, Mousavi says, many companies are doing so already. It's up to academics to bridge the gap between theory and practice so that knowledge can be better studied, understood, and shared.