JHU, in partnership with MICA and Maryland Film Festival, to turn historic Parkway Theater into center for study, production, exhibition of film 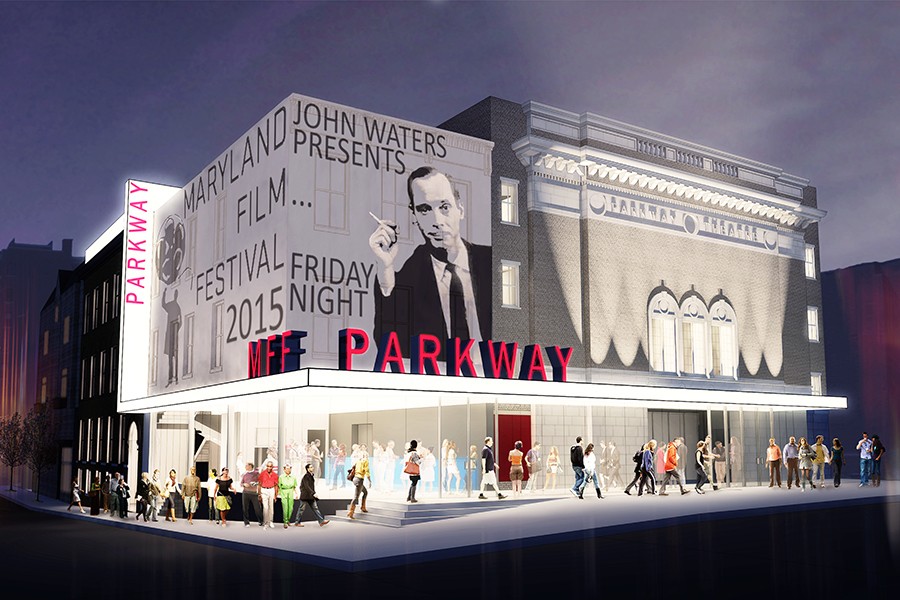 The Stavros Niarchos Foundation has committed $5 million to Johns Hopkins, enabling the university, the Maryland Institute College of Art, and the Maryland Film Festival to transform Baltimore's historic Parkway Theater into a center for the study, production, and exhibition of film.

The new Stavros Niarchos Foundation Film Center will be a cinema showplace with three screens, 600 seats, and live performance space. Scheduled to open in late 2016, it will help to anchor the Station North neighborhood's developing role as a Baltimore arts destination, supporting cultural and economic growth in the area.

"This is a once-in-a-generation moment for Johns Hopkins and our partners at MICA and the Maryland Film Festival to reclaim a part of Baltimore's storied cultural history and transform it into the heart of our community's vibrant, dynamic future," Johns Hopkins President Ronald J. Daniels said. "With the visionary support of the Stavros Niarchos Foundation, we are seeding artistic and economic opportunities for our students, our neighbors, and our city."

The 420-seat Parkway Theater, built in 1915 near the corner of Charles Street and North Avenue, was a classic American movie palace patterned after the West End Theater in London and the Strand in New York. It closed in the urban decline of the 1970s, but in recent years the corner of Charles and North has become a key component in planning for the Station North Arts and Entertainment District.

Maryland was one of the first states to create arts and entertainment districts as an economic model, and Station North was Baltimore's first, generating significant economic development, tax revenue, and employment since its creation in 2002.

"The Stavros Niarchos Foundation is firmly committed to supporting community development such as that at the Station North Arts and Entertainment District and excited to partner with this unique alliance of academic and cultural institutions in Baltimore," said Andreas Dracopoulos, co-president of the foundation. "We believe the combination of universities and arts organizations is a great untapped resource for improving our cities and seek to provide support for the best initiatives such coalitions develop. The Stavros Niarchos Foundation Film Center will be one of these."

Johns Hopkins' interest in the Parkway and adjacent buildings grew, in part, out of its $10 million Homewood Community Partners Initiative, launched by the university and nearby communities in 2012 to revitalize 10 neighborhoods, including Station North, near its Homewood campus. In December 2012, Baltimore Development Corp. awarded development rights to the property to the Maryland Film Festival, with Johns Hopkins and MICA as partners.

The surrounding area's redevelopment will include other facilities for use by the faculty and students of the Johns Hopkins and MICA film and media studies programs, which are expanding. The programs, which offer joint classes, will reside across the street from the Stavros Niarchos Film Center in the former Centre Theater building at 10 E. North Avenue. That renovation is to be completed by fall 2015.

"The support from the Stavros Niarchos Foundation is wonderful news and further enables us, along with our partners, Johns Hopkins and the Maryland Film Festival, to move forward with making Baltimore a filmmaking powerhouse," MICA President Samuel Hoi said. "We are delighted to be a part of such an important project for the Station North community and beyond."

The Johns Hopkins undergraduate program in film theory and practice provides students with hands-on experience in the craft and business of filmmaking and interactions with practicing film artists on the faculty. MICA offers both an undergraduate program and, starting in 2015, a new Master of Fine Arts in Filmmaking.

Both programs have established partnerships with the Maryland Film Festival, which since 1999 has presented annual festivals and year-round programming at a number of Station North venues and has become a major stop on the national film festival circuit.

"With the new state-of-the-art Stavros Niarchos Foundation Film Center, the Maryland Film Festival will greatly expand its reach," said Jed Dietz, Maryland Film Festival director. "The center will enable us to bring more great films and filmmakers to Baltimore, host a broad range of arts programs, serve as a cultural anchor for the film community, and continue to market Baltimore as a leading location for film and TV production. The center will be a thriving hub for film culture and creative film-making on the East Coast."

Johns Hopkins recognizes the gift creating the Stavros Niarchos Foundation Film Center as a contribution to Rising to the Challenge: The Campaign for Johns Hopkins, an effort to raise $4.5 billion to support students, faculty, advances in research and clinical care, and interdisciplinary solutions to some of humanity's most important problems. The campaign, supporting both Johns Hopkins University and Johns Hopkins Medicine, was publicly launched in May 2013 and is targeted for completion in 2017. More than $2.7 billion has been committed so far.

The Stavros Niarchos Foundation is one of the world's leading private international philanthropic organizations, making grants in the areas of arts and culture, education, health and sports, and social welfare. The foundation funds organizations and projects that are expected to achieve a broad, lasting and positive impact for society at large, and exhibit strong leadership and sound management. The foundation also seeks actively to support projects that facilitate the formation of public-private partnerships as an effective means for serving public welfare.

From 1996 until today, the Stavros Niarchos Foundation has approved grant commitments of $1.49 billion, through 2,805 grants to nonprofit organizations in 110 nations around the world. 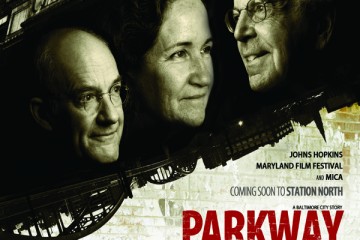