Soil, groundwater may be imperiled more than previously understood 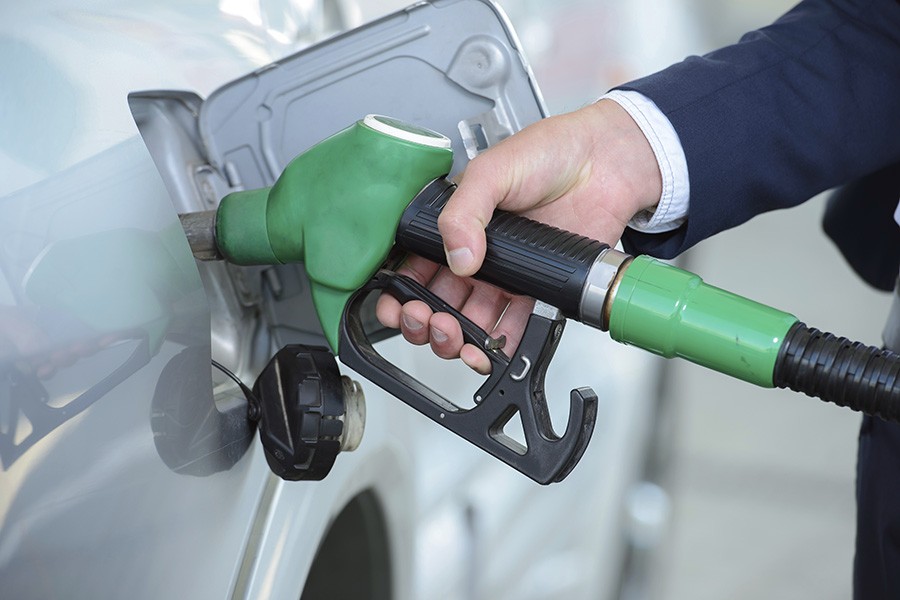 By Nicole Hughes and Stephanie Desmon

A new study suggests that drops of fuel spilled at gas stations—which occur frequently with fill-ups—could cumulatively be causing long-term environmental damage to soil and groundwater in residential areas in close proximity to the stations.

Few studies have considered the potential environmental impact of routine gasoline spills and instead have focused on problems associated with large-scale leaks. Researchers with the Johns Hopkins Bloomberg School of Public Health, publishing online Sept. 19 in the Journal of Contaminant Hydrology, developed a mathematical model and conducted experiments suggesting these small spills may be a larger issue than previously thought.

"Gas station owners have worked very hard to prevent gasoline from leaking out of underground storage tanks," says study leader Markus Hilpert, a senior scientist in the Department of Environmental Health Sciences in the Johns Hopkins Bloomberg School of Public Health. "But our research shows we should also be paying attention to the small spills that routinely occur when you refill your vehicle's tank."

Over the lifespan of a gas station, Hilpert says, concrete pads underneath the pumps can accumulate significant amounts of gasoline, which can eventually penetrate the concrete and escape into underlying soil and groundwater, potentially impacting the health of those who use wells as a water source. Conservatively, the researchers estimate, roughly 1,500 liters of gasoline are spilled at a typical gas station each decade.

"Even if only a small percentage reaches the ground, this could be problematic because gasoline contains harmful chemicals including benzene, a known human carcinogen," Hilpert says.

"When gasoline spills onto concrete, the droplet will eventually disappear from the surface. If no stain is left behind, there has been a belief that no gasoline infiltrated the pavement, and all of it evaporated," Hilpert says. "According to our laboratory-based research and supported by our mathematical model, this assumption is incorrect. Our experiments suggest that even the smallest gasoline spills can have a lasting impact."

Since the health effects of living near gasoline stations have not been well studied, Breysse says there is an urgency to look more closely, especially since the new trend is to build larger filling stations with many more pumps. These stations continue to be located near residential areas where soil and groundwater could be affected.

"The environmental and public health impacts of chronic gasoline spills are poorly understood," says Breysse. "Chronic gasoline spills could well become significant public health issues since the gas station industry is currently trending away from small-scale service stations that typically dispense around 100,000 gallons per month to high-volume retailers that dispense more than 10 times this amount."

"In a perfect world, it would be ideal to avoid chronic spills," Hilpert says. "However, if these spills do occur, it is also important to prevent rainwater from flowing over the concrete pads underneath the pumps. Otherwise, storm runoff gets contaminated with benzene and other harmful chemicals and can infiltrate into adjacent soil patches or form storm water that may end up in natural bodies of water."