A former student of the Johns Hopkins Center for Talented Youth is among 21 exceptionally creative people who were named this week to the 2014 class of MacArthur Fellows by The John D. and Catherine T. MacArthur Foundation.

Jacob Lurie, who spent four years as a CTYer at the center's site in Lancaster, Pa., is now a professor in the Department of Mathematics at Harvard University. Informally known as "genius grants," the $625,000, no-strings-attached fellowships are intended to allow recipients maximum freedom to follow their own creative visions.

It's been a quite a year so far for Lurie, 36. In June, he was named one of five inaugural winners of the Breakthrough Prize in Mathematics, which honors landmark achievements in math and the sciences and carries a $3 million award.

According to both organizations, Lurie's work breaks new ground in the field. In awarding the grant, the MacArthur Foundation said that "Lurie embraces an extraordinary breadth of vision—rewriting large swathes of mathematics from a new point of view—while also working to apply his foundational ideas to prove important new theorems in other areas. With an entire generation of young theorists currently being trained on Lurie's new foundations, his greatest impact is yet to come."

These awards are two peaks in a remarkable journey in mathematics for Lurie, who also won the 1996 Westinghouse Science Prize for his work in surreal mathematics and who was appointed full professor at Harvard in 2008 at age 31. 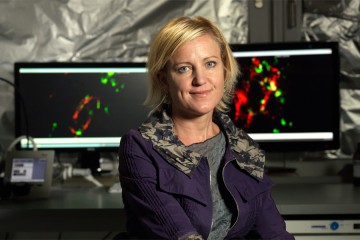