Jens Chluba, an associate research scientist in the Krieger School's Department of Physics and Astronomy, is one of the 43 new Royal Society University Research Fellows, announced today by the Royal Society. 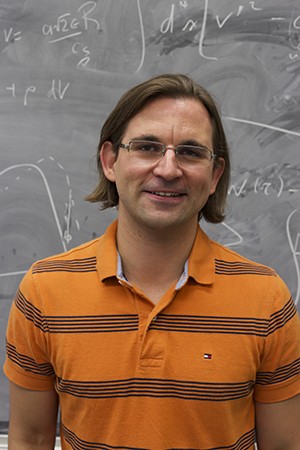 The award recognizes Chluba's central contributions to cosmology and in particular to his studies of physical phenomena that can be probed with the cosmic microwave background. Chluba's five-year fellowship at the Institute of Astronomy at Cambridge University will begin in January. He will investigate CMB spectral distortions as a new probe of early-universe physics.

The University Research Fellowship is extremely competitive and provides outstanding researchers with the opportunity to build an independent research career. Appointments are made across all areas of natural sciences with five fellows in astronomy and astrophysics this year.