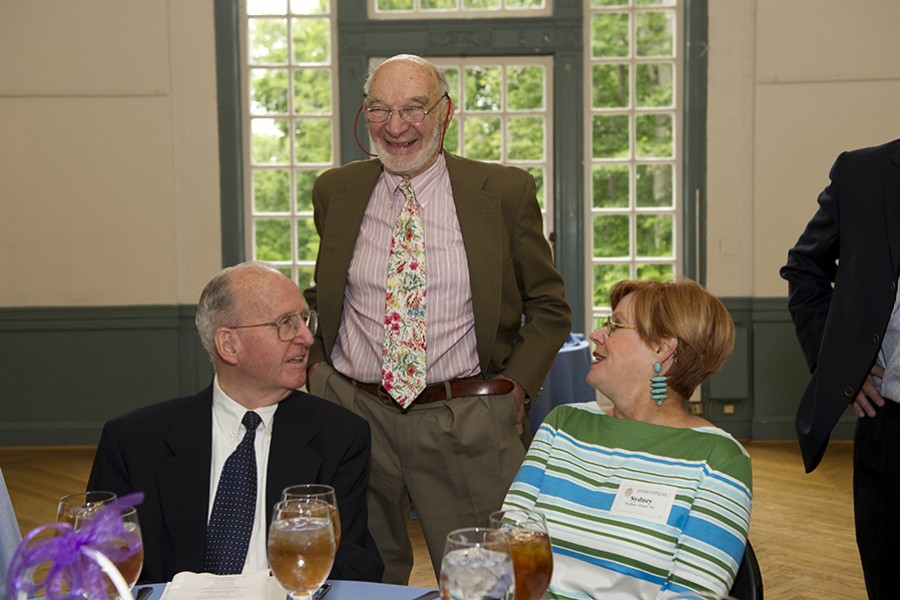 Michael Beer, professor emeritus in the Department of Biophysics in the Krieger School of Arts and Sciences at Johns Hopkins University, died Aug. 22. He was 88.

In a letter to faculty and staff, Beverly Wendland, interim dean of the Krieger School, wrote that Beer "was a thoughtful, generous, and friendly man and a wonderful mentor to junior faculty here at Hopkins. He will be greatly missed."

A well-known specialist in molecular microscopy, Beer is credited for his pioneering work on single-molecule electron microscopy, most notably for his proposal to determine the nucleotide sequence of DNA by direct visualization in the electron microscope, as well as for several additional advances in biological research. He and a colleague constructed one of the first scanning electron microscopes capable of differential imaging of individual atoms. The instrument was used to analyze the structure of molecules within chromosomes, muscle proteins, membranes, and other components of cells. He also studied the structural and biochemical changes accompanying gene regulation.

Beer received many awards and honors during his distinguished career. He was the president of the American Electron Microscopy Society and the American Biophysical Society. At Hopkins, he served as chair of his department from 1974 to 1980. He was also the Krieger School's associate dean for research from 1989 to 1992.

Wendland wrote that colleagues recall Professor Beer as a cheerleader for junior faculty members and as a conservationist who was a household name in his neighborhood, Evergreen, just north of the Homewood campus. Through perseverance and dedication, Beer is credited with turning a dying park called Stoney Run into an urban oasis, including the popular Stoney Run trail. When asked why he was so passionate about his conservation work, Wendland said his answer was always the same: "We're going to leave the world a little better than we found it."

"When he first moved into the neighborhood, adjacent to the Stoney Run Creek Park, Michael noticed that the trees there were dying," Wendland wrote. "So he led his neighbors in taking over maintenance of the park from Baltimore City. Michael's environmental vision wasn't limited to Stoney Run, however. He also had a deep admiration for the Jones Falls and was dedicated to restoring its beauty. He founded the Jones Falls Watershed Association, whose goal was to restore the Jones Falls. Michael was particularly proud of his successful effort to have the city open Lake Roland Dam on certain days of the year so canoers and kayakers can flow down the Jones Falls."

Beer was predeceased by his wife and his daughter, Wendy. He is survived by a son, W. Nicholas Beer, and his wife, Sykie Toles; his daughter, Suzanne C. Beer, and her spouse, Joan Trentler; his grandson Gus Beer; and his companion, Patricia Laidlaw. A service is being planned for a later date.