Aquaculture is the source of nearly half the world's seafood 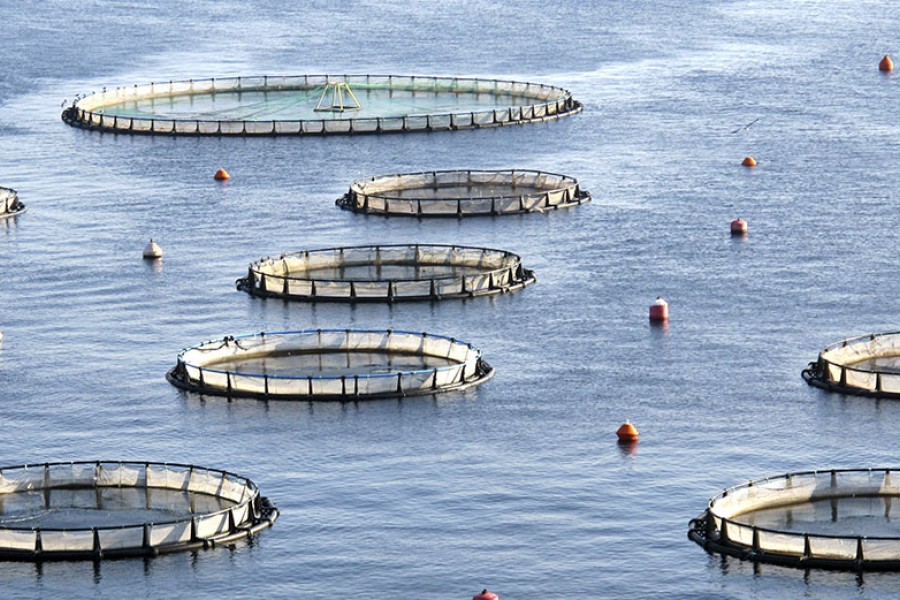 By Natalie Wood-Wright and Stephanie Desmon

As government agencies recommend greater consumption of seafood for its health benefits, a new analysis led by researchers from the Johns Hopkins Center for a Livable Future urges medical and public health professionals to consider the environmental and health impact of seafood sourcing, particularly aquaculture, or the farming of fish, shellfish and crustaceans.

Nearly half of all seafood consumed around the world comes from fish farms. Increasing seafood consumption has been proposed as part of a strategy to combat the global epidemics of obesity and diabetes. In addition, the U.S. Food and Drug Administration and the U.S. Environmental Protection Agency now recommend that pregnant women, nursing mothers and young children increase their seafood consumption to two to three servings per week of low-mercury fish.

"While increased seafood consumption comes with many health benefits, we can't ignore the clear warning signs that we are rapidly approaching the limits of wild fish that can be caught," says Love, senior author of the study and an assistant scientist with the Johns Hopkins Center for a Livable Future at the Johns Hopkins Bloomberg School of Public Health. "To fill this gap, aquaculture is replacing natural fisheries as a major source of edible seafood. Many aquaculture methods are safe and sustainable. However, some methods pose unnecessary risks to public health and deplete natural resources."

Overfishing has depleted wild fish stocks and damaged marine resources, and fish farms have moved in to fill some of the gaps. But farmed seafood is not without risk. It often contains the same contaminants, such as heavy metals, that are found in nature. Meanwhile, the fish are given feed medicated with antibiotics to ward off disease or they are treated with chemicals, which can end up in the water supply. Aquaculture further contributes to the reduction of fish stocks because wild fish are often used for feed.

On the plus side, aquaculture operations can provide jobs in coastal communities where people once depended on fishing for their livelihoods.

Researchers recommend applying and expanding the One Health approach, an existing interdisciplinary model that brings together human, animal, and environmental health services to address issues related to aquaculture. One Health has historically focused on infectious diseases that pass between animals and humans, but the researchers say it could bridge the gap between the desire to have enough seafood to satisfy consumer demand and the effects of farming on the environment. Recommendations for increasing seafood consumption must be balanced with risks of further damage to fisheries and risks to public health and the environment from some forms of aquaculture, they say.

"The ideal aquaculture operations that consumers should support are ones that produce nutritious seafood, provide a high quality of life for workers, and conserve resources for future generations," Love says. "This study promotes a multi-stakeholder approach to reforming and developing an aquaculture industry that operates sustainably and contributes to human diets that promote health."