Johns Hopkins University is one of eight Baltimore universities and hospitals that today joined Mayor Stephanie Rawlings-Blake to sign a pledge to work together to grow and revitalize the city and to help solve some of its most pressing challenges.

The Baltimore City Anchor Plan targets four priority areas—public safety, local hiring, local purchasing, and quality of life in the city. In a memo introducing the plan, Rawlings-Blake said that the signing institutions, which are among the city's largest employers, are integral to her goals of attracting new families to Baltimore and increasing jobs and investment.

JHU President Ronald J. Daniels, who attended a ceremonial signing of the pledge today at City Hall, noted that the agreement builds on—and shares many goals with—the university's ongoing community efforts. Those include the Homewood Community Partners Initiative, a $10 million investment in communities surrounding JHU's Homewood campus, and the Henderson-Hopkins community school, which opened earlier this year and is part of a larger effort to revitalize the East Baltimore neighborhoods near the university's medical campus.

"When Hopkins launched the Homewood Community Partners Initiative in 2012, I said at the time that it's just the starting point," Daniels said. "Today by signing the anchor plan pledge with the city, we've taken another big step forward in committing to Baltimore's success and prosperity."

Daniels joined Notre Dame of Maryland President Joan Develin Coley, MICA President Fred Lazarus IV, and Loyola's president, Rev. Brian Linnane, in authoring a Baltimore Sun op-ed about the promise of the anchor institution collaboration and about the impact their respective institutions are already having in Baltimore through their ongoing investments. 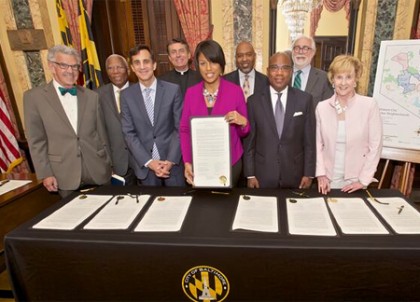 When Baltimore's government, colleges, businesses, non-profits, arts institutions and citizens work together, the city's future comes into more distinct focus. It is a future where creativity and innovation are competitive advantages, where our culture and affordability make it one of the greatest places to live and work, and where residents can think of no place they would rather call home.

For years, the city's independent colleges have been working to leverage the energy of our students, the talent of our faculty and the growth of our institutions to make the surrounding communities more vibrant and safe and to ensure that the children and residents of those neighborhoods have access to the phenomenal learning and collaboration experiences occurring on our campuses. We welcome Mayor Stephanie Rawlings-Blake's Anchor strategy initiative, to be announced Wednesday. It includes partnership agreements between major Baltimore higher education and medical institutions and the city government to advance economic development in various communities through increased cooperation relating to the four priority areas of public safety, local hiring, local purchasing, and quality of life issues that affect us all. It is everyone's responsibility to actively and aggressively take action to build upon the Baltimore we love and to create the Baltimore we envision. 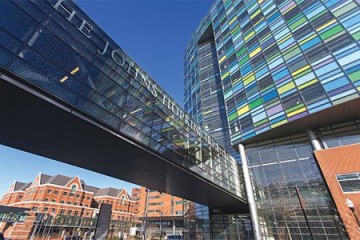 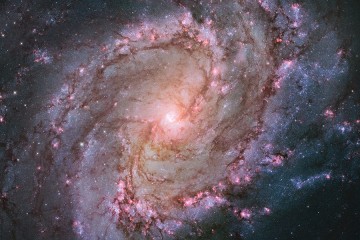 Published Sept 2013
'A good day is one where the line between my role as teacher and learner is blurred. So far, every day has been a good one.' / Gazette 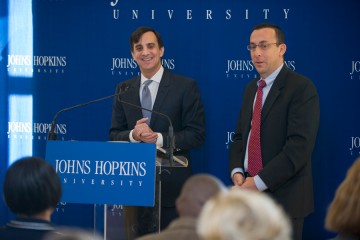 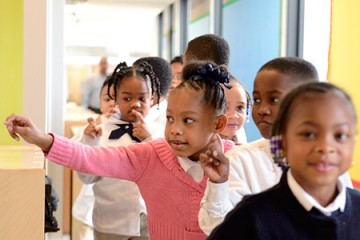