Fouad Ajami, a renowned scholar of Arab history and governments who led the Middle East Studies program at the Johns Hopkins School of Advanced International Studies in Washington, D.C., for more than 30 years, died Sunday of cancer. He was 68. 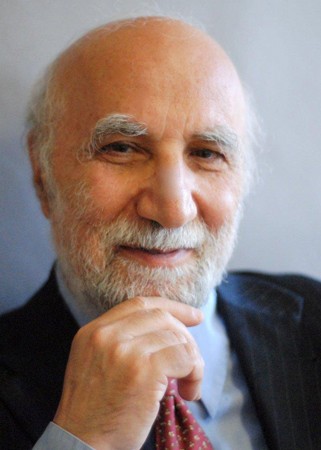 Ajami, who was born in Lebanon, came to SAIS from Princeton's faculty in 1980 and departed in 2011 for Stanford University's Hoover Institution, where he was a senior fellow. He advised the White House during the presidency of George W. Bush and helped rally support for the U.S. invasion of Iraq in 2003.

From his New York Times obituary:

An Arab, Mr. Ajami despaired of autocratic Arab governments finding their own way to democracy, and believed that the United States must confront what he called a "culture of terrorism" after the 2001 terrorist attacks on New York and Washington. He likened the Iraqi dictator Saddam Hussein to Hitler.

Mr. Ajami strove to put Arab history into a larger perspective. He often referred to Muslim rage over losing power to the West in 1683, when a Turkish siege of Vienna failed. He said this memory had led to Arab self-pity and self-delusion as they blamed the rest of the world for their troubles. Terrorism, he said, was one result.

Most Americans became familiar with Mr. Ajami's views on CBS News, CNN and the PBS programs "Charlie Rose" and "NewsHour," where his distinctive beard and polished manner lent force to his authoritative-sounding opinions.

Ajami is the author of six books: The Arab Predicament; The Vanished Imam: Musa al Sadr and the Shia of Lebanon; Beirut: City of Regrets; The Dream Palace of the Arabs; The Foreigner's Gift: The Americans, the Arabs, and the Iraqis in Iraq; and The Syrian Rebellion.

The many awards he received throughout his career include the Benjamin Franklin Award for public service (2011), the Eric Breindel Award for Excellence in Opinion Journalism (2011), the Bradley Prize (2006), the National Humanities Medal (2006), and the MacArthur Fellows Award (1982).