Youth who binge drink often choose liquor—particularly vodka—and tend to Bud Light, Budweiser, and Coors Light among beer brands, according to a survey conducted by researchers at the Boston University School of Public Health and the Center on Alcohol Marketing and Youth at the Johns Hopkins Bloomberg School of Public Health.

"The inclusion of some relatively expensive brands in the top 25 binge brand list suggests that variables other than price are driving youth brand preferences with respect to binge drinking," said study author David Jernigan, director of the Center on Alcohol Marketing and Youth at JHU. "Future research will explore which factors drive brand and beverage variability in youth binge drinking."

Survey respondents were asked about what alcohol they had consumed in the past 30 days and were given a list of 898 brands within 16 beverage categories to choose from.The top 25 binge brands accounted for almost half (46.2%) of all binge reports. Previous research from the authors found that the 25 leading brands for overall consumption accounted for 41.8% of youth consumption, suggesting that youth binge drinking is similarly or slightly more brand concentrated compared with youth drinking generally.

"Binge drinking accounts for most of the alcohol consumed by youth in the U.S. and is associated with a host of negative consequences, including drunk driving, sexual assaults, and suicide," said lead study author Timothy Naimi, an associate professor at the Boston University School of Public Health. "Identifying the types of alcohol and specific brands youth are choosing when they binge drink is important for the development of public health interventions designed to curtail this dangerous public health problem."

"Each year, approximately 4,300 young people under 21 die as a result of alcohol use," Jernigan said. "This study underscores the need to redouble our efforts on the national, state, and local levels to address youth alcohol access and consumption." 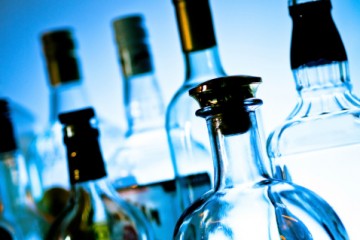