Maryland lawmakers have taken the first steps toward banning the sale of grain alcohol in the state, at the behest of university leaders and researchers, The Baltimore Sun reported Thursday.

State senators voted Wednesday to outlaw the sale of alcohol that is 190-proof or higher, and The Sun reported that a key committee chairman expects to move the bill to the full House of Delegates for a vote, giving the bill its best shot at passage in years. The Senate has twice approved the ban in past years, but the bills died in the House committee.

Grain alcohol—sometimes marketed as moonshine or under the brand name Everclear—has been popular as a mixed drink additive at college parties for decades, in part because it is inexpensive and extremely potent. A beverage that is 190-proof contains 95 percent alcohol, meaning it is more than twice as strong as other hard liquors such as vodka or whiskey.

The sale of 190-proof grain alcohol is banned in more than a dozen states, including Virginia, West Virginia, and Pennsylvania.

"It's odorless, tasteless, and colorless, which, when combined with its potency, makes it incredibly dangerous," said David Jernigan, director of the Center on Alcohol Marketing and Youth at the Johns Hopkins Bloomberg School of Public Health. "Young people themselves have told us they're concerned about this because you can't tell what you're drinking, and … because it's twice as powerful as everything else."

Jernigan has studied the issue for the Maryland Collaborative to Reduce College Drinking and Related Problems, a group of 10 university presidents that aims to address excessive drinking and its consequences on college campuses. The group is co-chaired by President Ronald J. Daniels of Johns Hopkins and Chancellor Brit Kirwan of the University System of Maryland.

In a report issued in October, the group said that about 20 percent of all Maryland college students exhibit signs of alcohol abuse or dependence. Binge-drinking college students are more than 36 times more likely to consume grain alcohol than non-binge drinkers, Jernigan said, adding that the group of presidents identified grain alcohol as a key issue at their first meeting.

"What kids on our campuses are telling us is that this is a date rape drug, and can we do something about this?" Jernigan said.

"We can reduce the danger in the beverages kids are selecting. At the end of the day, this is all about trying to protect kids." 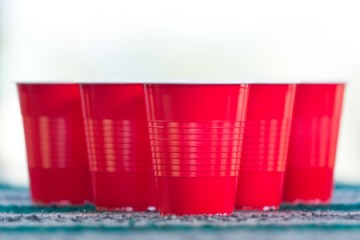