"Clearly the role of marriage in fertility and family formation is now modest in early adulthood, and the lofty place that marriage once held among the markers of adulthood is in serious question," said sociologist Andrew J. Cherlin. "It is now unusual for non-college graduates who have children in their teens and 20s to have all of them within marriage."

"If marriage retains its place anywhere," Cherlin said, "it would be among the college graduates, because most of them do not begin to have children until after they are married. The difference between them and the non-college educated with regard to the percentage of births within marriage is so striking as to suggest a very different experience of early adulthood."

The study is detailed in "Changing Fertility Regimes and the Transition to Adulthood: Evidence from a Recent Cohort," a paper by Cherlin, Elizabeth Talbert, and Suzumi Yasutake recently presented to the Population Association of America.

The researchers mined data from the National Longitudinal Survey of Youth, focusing on a sample of 9,000 "early adults" who reached ages 26 to 31 in 2011. They are the oldest members of the generation commonly known as Millennials.

The percentage of unwed pregnancies goes up as the women's education level declines. The numbers are roughly the same for men.

Only 36 percent of the mothers had all of their babies while married —that's 46 percent of whites, 10 percent of blacks and 28 percent of Hispanics. Those numbers are roughly the same for men.

"The literature on early adulthood often suggests that this period can be a valuable time of self-exploration free of adult responsibilities," Cherlin said. "But this characterization would seem to better apply to well-educated, middle-class early adults with their typically long period of college attendance, perhaps followed by graduate school, and their postponement of childbearing until after marriage." 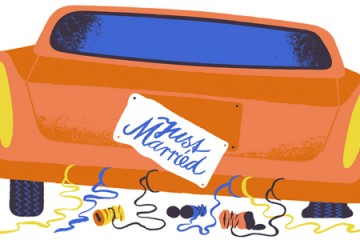 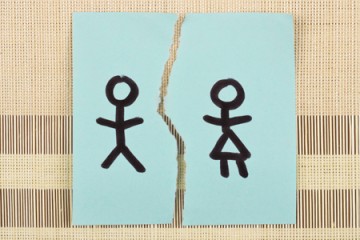 Too poor to part?