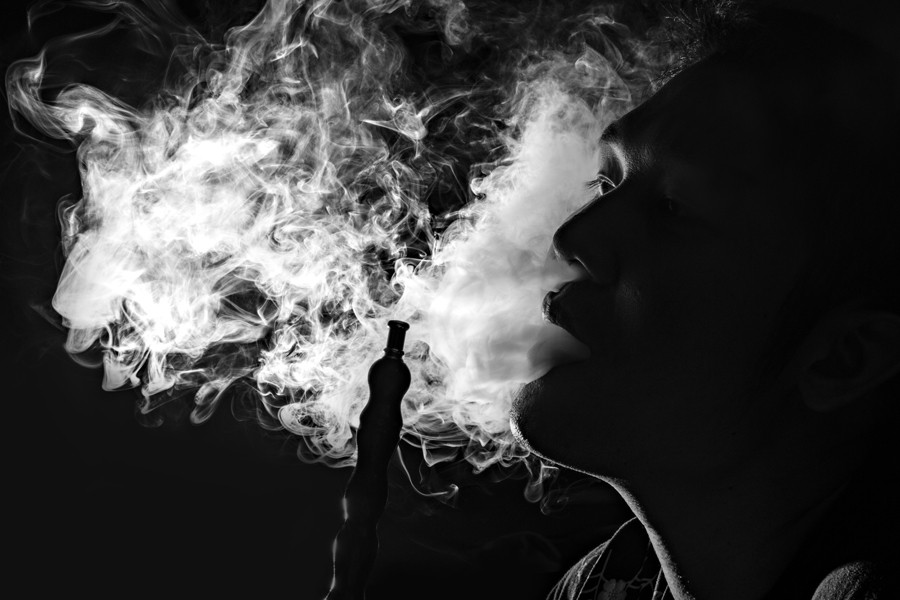 Smoking water pipes, or hookahs, creates hazardous concentrations of indoor air pollution and poses increased risk from diminished air quality for both employees and patrons of hookah bars, according to a new study from the Institute for Global Tobacco Control at the Johns Hopkins Bloomberg School of Public Health.

In an analysis of the air quality in seven Baltimore hookah bars, researchers found that airborne particulate matter and carbon monoxide exceeded concentrations previously measured in public places that allowed cigarette smoking and that air nicotine was markedly higher than in smoke-free establishments. The study appeared online in April in the Journal of Exposure Science and Environmental Epidemiology.

Tobacco-related research and tobacco control efforts in the United States have generally focused on cigarettes. But other forms of tobacco products and tobacco use are common in many countries, and hookah bars—sometimes called water pipe cafes—have grown in popularity in the U.S. and around the world, particularly among young adults.

"There is a mistaken notion that tobacco smoking in a water pipe is safer than cigarettes," said Patrick Breysse, professor in the Department of Environmental Health Sciences and the study's senior author. "Our results suggest that this is not the case. Our study found that water pipe smoking creates higher levels of indoor air pollution than cigarette smoking, placing patrons and employees at increased health risk from secondhand smoke exposure."

For their study, researchers surveyed seven locations in Baltimore from December 2011 to August 2012. They measured carbon monoxide levels, airborne nicotine content, and respirable particulate matter with a mean particle diameter of less than 2.5 microns. A micron is approximately 1/30th the width of a strand of human hair.

Indoor airborne concentrations of particulate matter and carbon monoxide were markedly elevated in the survey, confirming that water pipe smoking severely affects indoor air quality. Air nicotine concentrations, although not as high as in venues that allow cigarette smoking, were also elevated and markedly higher than levels found in smoke-free bars and restaurants. Some of these measurements consistently exceeded air quality standards set by the U.S. Environmental Protection Agency and the World Health Organization.

"Public education efforts need to be developed to educate users about the hazards of water pipe use, and tobacco control policies need to be strengthened to include water pipes," said Christine Torrey, senior research specialist in the Department of Environmental Health Sciences and the study's lead author.