John Shirley-Quirk, one of Britain's leading musicians and one of the most recorded artists in the world of concert and opera, died Monday in Bath, England. He was 82.

Shirley Quirk, a bass-baritone was a member of the Peabody Institute faculty from 1992 to 2012.

"The Peabody community is saddened to lose John Shirley-Quirk, a respected colleague, beloved teacher, and consummate musician," Jeffrey Sharkey, director of the Peabody Institute, said in a statement. "I had the honor of working with John for most of my years as director at Peabody. I first heard him sing at Tanglewood in the summer of 1980 and was captivated by his lyrical voice and warmth of spirit.

"John had one of the most distinguished vocal careers in the world, including his outstanding collaborations with Benjamin Britten. I am grateful to have seen first-hand his wonderful teaching and commitment to all of his students. Our thoughts are with John's wife and our friend, Terry Shirley-Quirk, and all of their family during this difficult time." 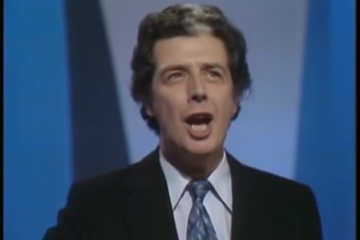