Bagger, who joined faculty in 1989, named next director at TRIUMF

Jonathan A. Bagger, vice provost for graduate and postdoctoral programs and special projects at Johns Hopkins since 2008 and a member of the university's faculty since 1989, has been named the next director of TRIUMF, Canada's national laboratory for nuclear and particle physics, nuclear medicine, molecular and materials science, and other related fields. 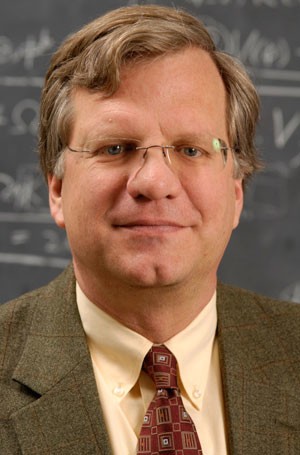 The appointment was announced earlier today by the board of management of the Vancouver-based laboratory.

"Jon is an outstanding, internationally renowned physicist with a wealth of leadership experience and a track record of excellence," said Paul Young, chair of TRIUMF's board of management and vice president of research and innovation at the University of Toronto. "He is a welcome addition to Canada, and I am confident that under his tenure TRIUMF will continue to flourish."

He spent the 2012-13 academic year in the role of interim provost and senior vice president for academic affairs.

"While we will miss Jon's outstanding contributions to Johns Hopkins as a scholar and administrator, and his humor and good fellowship, we are excited for him and for TRIUMF," Provost Robert C. Lieberman wrote in a message to JHU faculty, staff, and students today. "This is an exciting opportunity for both. … Please join me in congratulating our colleague on his selection and in wishing him well in his new scientific adventure."

Bagger will join TRIUMF for a six-year term beginning July 1.

Located on the campus of the University of British Columbia, TRIUMF is owned and operated by a consortium of 18 leading Canadian universities and supported by the federal and provincial governments.

"Its collaborative, interdisciplinary model represents the future for much of science," Bagger said. "TRIUMF helps Canada connect fundamental research to important societal goals, ranging from health and safety to education and innovation. … It is an exciting time to lead the laboratory."

Bagger's research centers on high-energy physics at the interface of theory and experiment. He is on the editorial board of Physics Reports and the Journal of High Energy Physics, and he is a fellow of the American Physical Society.

Bagger graduated from Dartmouth College in 1977. After a year at the University of Cambridge as a Churchill Scholar, he continued his graduate study at Princeton University. He received his PhD in 1983 and took a postdoctoral research position at the Stanford Linear Accelerator Center (now called the SLAC National Accelerator Laboratory). From 1986 to 1989, he was an associate professor at Harvard University.