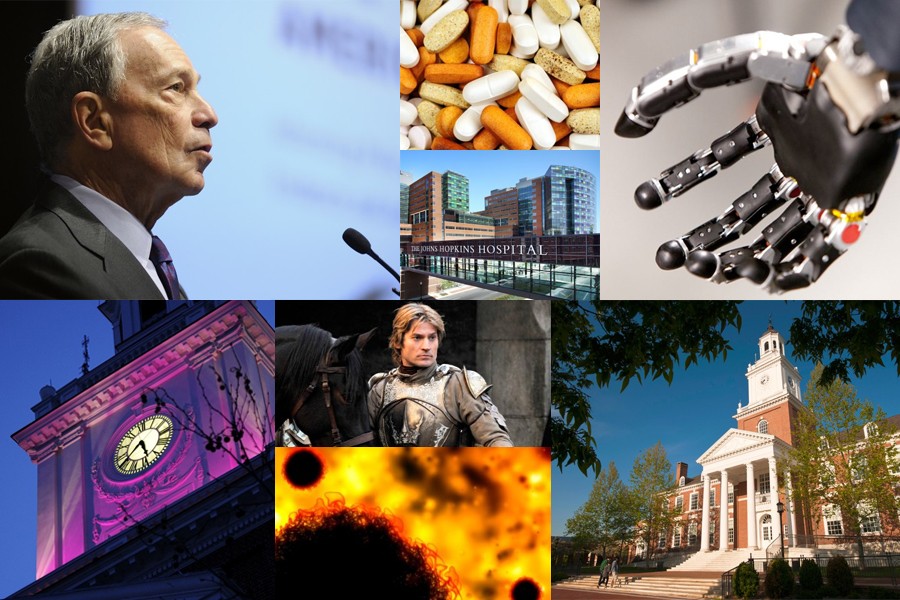 If there's one thing the list below demonstrates, it's that our readers love rankings.

And so, as 2013 draws to a close, we thought it might be fun to look back at—to rank, if you will—our most popular news stories from the past year. Note that three of our top-ranked stories are about rankings (how meta!).

Without further ado, here are our 10 most popular news articles for 2013.

It's been nearly a year since CBS's 60 Minutes featured a segment titled "Breakthrough: Robotic Limbs Moved by the Mind" about the remarkable, thought-controlled prosthetic hand and arm engineered by a team led by the Johns Hopkins Applied Physics Laboratory. "In a decade of war," Scott Pelley's report began, "more than 1,300 Americans have lost limbs on the battlefield. And that fact led the Department of Defense to start a crash program to help veterans and civilians by creating an artificial arm and hand that are amazingly human. But that's not the breakthrough. We don't use that word very often because it's overused. But when you see how they have connected this robotic limb to a human brain, you'll understand why we made an exception." Read more

By late January, all of Baltimore was caught up in the Super Bowl hype as the hometown Ravens prepared to face the San Francisco 49ers—our very own Jay even got into the spirit with an homage to Ray Lewis. But it was Johns Hopkins mathematician Daniel Naiman's statistical analysis of modern era Super Bowl results that had people talking. Historical data seemed to favor the Niners, Naiman concluded before the big game, though ultimately it was the Ravens who brought home the Lombardi Trophy with a 34-31 win. Hey, we said he was a mathematician, not a psychic. Read more

We had some fun with this one—a group of Hopkins grad students post a research paper that attempts to explain the unpredictability of the seasons on the hit HBO series Game of Thrones. Their theory? The fictional continents of Westeros and Essos exist on a circumbinary planet—that is, a world that orbits two stars, "a natural explanation for such phenomena." Knowing next to nothing about planetary orbits, and having never seen an episode of Game of Thrones, we'll have to take their word for it. Read more

Predictably, simultaneously inviting nearly 3,000 new people into the Johns Hopkins family results in a nice little bump, which is precisely what happened when admissions decisions were released in the spring (a superb, student-produced welcome video didn't hurt, either). This was the most competitive undergraduate applicant pool in the history of the university, with 2,934 students offered admission from a regular-decision pool of nearly 20,000 applicants. Read more

The first in our three-part rankings installment, it was welcome news when Johns Hopkins Hospital moved back to the top spot in the annual U.S. News rankings of the nation's best hospitals, a spot it has held for 22 of the past 23 years. Read more

If we had waited another week to compile our top stories list, this one may well have ended up in the No. 1 slot. The Annals of Internal Medicine published three research articles last week examining "the role of vitamin and mineral supplements for preventing the occurrence or progression of chronic diseases." Three Johns Hopkins docs were among the co-authors on a related editorial stating that, for well-nourished adults, there is "no clear benefit" to taking vitamin and mineral supplements. Read more

Noticing a trend here? The March release of the U.S. News graduate program rankings brought good news for our colleagues at the JHU School of Education, which moved from sixth to second among graduate education programs. In all, the rankings had seven Johns Hopkins graduate programs among the top 25 nationally (a figure that doesn't include our top-ranked schools of Public Health and Nursing) and 11 specialty programs that ranked among the top 10 in their respective areas. Read more

More rankings! In September, Johns Hopkins moved up to 12th on the U.S. News list of "best colleges," its highest position in 14 years. JHU was also recognized for socioeconomic diversity, value, and undergraduate research. Read more

It's no surprise that a $350 million gift from philanthropist and New York City Mayor Michael R. Bloomberg—the largest ever to the university—lands near the top of our list. This gift will endow 50 Bloomberg Distinguished Professors whose expertise crosses traditional academic disciplines, and 2,600 Bloomberg Scholarships over the next 10 years. The gift brought Bloomberg's lifetime giving to his alma mater past the $1 billion mark. "Each dollar I have given has been well-spent improving the institution and, just as importantly, making its education available to students who might otherwise not be able to afford it," Bloomberg said. "Giving is only meaningful if the money will make a difference in people's lives, and I know of no other institution that can make a bigger difference in lives around the world through its groundbreaking research—especially in the field of public health." Read more

This news came as a bit of a surprise, particularly following April's report that doctors had "functionally cured" an infant born with HIV, but Johns Hopkins researchers have found that the amount of potentially active, dormant forms of HIV hiding in infected immune cells may actually be 60-fold greater than previously thought. "Our study results certainly show that finding a cure for HIV disease is going to be much harder than we had thought and hoped for," senior study investigator Robert Siliciano said. Read more 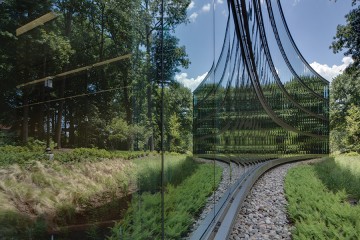 Published Dec 23, 2013
A look back at our 10 most popular feature stories from the past year