Actress announced in May she had preventive double mastectomy

Three out of four Americans are aware that actress Angelina Jolie had a preventive double mastectomy, but that awareness has not led to a better understanding of breast cancer risk, according to a study released today. 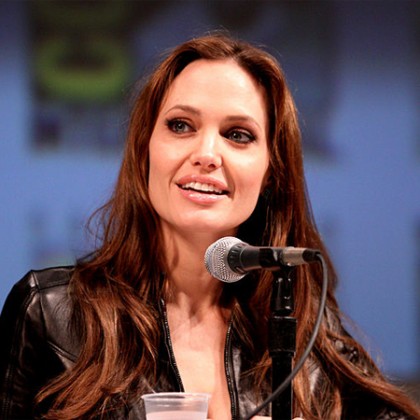 For the study, published today by Genetics in Medicine, researchers at the Johns Hopkins Bloomberg School of Public Health and the University of Maryland School of Public Health surveyed more than 2,500 adults nationwide three weeks after Jolie revealed in a May 14 New York Times op-ed that she had undergone the surgery. "My doctors estimated that I had an 87 percent risk of breast cancer and a 50 percent risk of ovarian cancer," Jolie wrote in the Times, adding that she carried a rare genetic mutation in the BRCA1 gene and had a family history of cancer. "Once I knew that this was my reality, I decided to be proactive and to minimize the risk as much I could."

"Ms. Jolie's reach is exceptional. Our study confirms that the public became aware of her health narrative," said Dina Borzekowski, lead author of the study, professor at Maryland, and an adjunct professor at Johns Hopkins. "What was lost was the rarity of Jolie's situation and how BRCA is associated with breast cancer."

Among survey respondents who were aware of Jolie's story, about half could recall her estimated risk of breast cancer before the surgery, but fewer than 10 percent knew the breast cancer risk for an average woman without a BRCA gene mutation relative to Jolie's risk. Researchers also found that people who knew of Jolie's story were more confused about the relationship between a family history of cancer and increased cancer risk. About half incorrectly thought that a lack of family history of cancer was associated with a lower than average personal risk of cancer.

"These findings suggest that celebrities can certainly bring attention and increased awareness to matters of personal health, but there's also a need for more purposeful public education efforts around complex medical issues such as breast cancer risk," said Katherine Smith, study author and a professor at Johns Hopkins. "We must continue to improve our understanding of the best ways to get clear, useful information to vulnerable and high-risk populations."

The majority of survey respondents said they learned of Jolie's story through national or local television coverage (61.2 percent) or from an entertainment news piece (21.5 percent), whereas only 3.4 percent read her commentary in the New York Times.

"As we learn more about the genetic contribution to disease risk, it's crucial that health journalists work to ensure an accurate understanding," Smith said. "This includes seeking out scientific and clinical experts who can communicate risk in a way that adequately equips the public to make informed personal health decisions."