A look back: Nelson Mandela addressed Johns Hopkins students in 2003 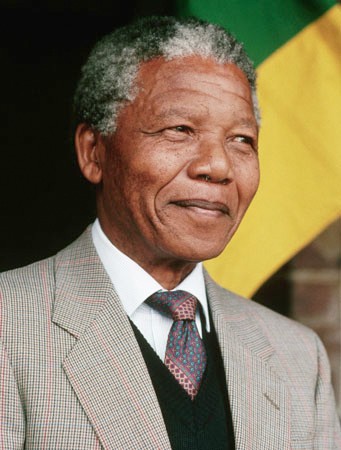 Mandela, who had served as president of South Africa from 1994-1999, appeared live via satellite before an audience gathered in the Ralph S. O'Connor Recreation Center. The topic of his speech was "The Export of American Capitalism: Encouraging or Impeding Democracy Abroad?"

Below is a complete transcript of his 2003 MSE Symposium remarks.

It is a great pleasure to participate in the Milton S Eisenhower Speakers Symposium of John Hopkins University.

What makes it such a particular privilege is that the Student Movement for International Relief is sponsoring the event. I had the honour of meeting with them last year and was greatly impressed by their spirit of philanthropy. They are, for example, supporting the building of schools in our province of Mpumalanga. It is in fact at their initial request that I agreed to address this symposium.

The topic of your symposium is a very important one, particularly at this stage in world developments.

The United States of America is the only superpower in the world. It has the largest and most powerful economy. It is regarded as the leader of the democratic world. What the United States does and how it acts impacts upon the entire world.

It is not a question any longer about whether the world embraces a free market economy. The globalised world in which we live has made it imperative that we open our markets both internally and to the outside world. The free market is not merely an American export; it is the acknowledged route for economies all over the world. Closed markets and command economies are self-evidently inappropriate for our times.

When I was released from prison I announced my belief in nationalization as a cornerstone of our economic policy. As I moved around the world and heard the opinions of leading business people and economists about how to grow an economy, I was persuaded and convinced about the free market.

The question is how we match those demands of the free market with the burning social issues of the world. Poverty and its related social phenomena are the major challenges humankind faces here at the beginning of the 21st century.

The gap between the rich and the poor is widening rather than closing. We are producing enough to feed, clothe, shelter, educate and provide health care for all the people of the world. Yet, the poor are becoming poorer and more socially deprived.

Those are the issues facing capitalism, not only in the United States, but throughout the world.

Similarly, the developing world is increasingly embracing democracy as the route to good governance serving the people. In Africa, for example, more and more countries are having democratic elections and enhancing respect for the rule of law and human rights.

People need to taste in their every day lives the fruits of democracy and good governance. Hence the importance of economic development and growth. The free market should produce results that lead to a tangibly better life for all.

America and Americans have the chance and are in the position to give a lead in all of these positive developments.

I have taken issue with the American political leadership where I thought they were acting contrary to the best values in American life and the American Constitution. For example, I strongly opposed the unilateral action taken outside of the United Nations with regards to Iraq.

This has, however, not diminished my respect for America's leadership role in the world or my appreciation for the role its leaders play in the world.

My faith in the people of the United States to act in the interest of a better life for all the people of the world is vindicated by people like yourself in the Student Movement for International Relief. American philanthropy has contributed much to that global sense of co-responsibility. Your efforts are in line with that tradition.

It is through such efforts at building a better life that we contribute to the spread and strengthening of democracy throughout the world.

I wish you well in your deliberations and with all your efforts. 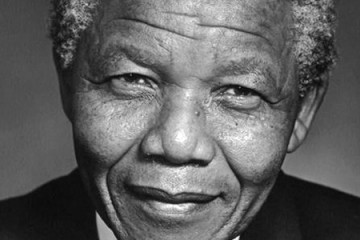 'Hero' to a nation

Published Dec 6, 2013
Katherine Newman, whose book on post-apartheid South Africa is scheduled for release in April, speaks about Mandela