Jun-ichi Igusa, a pioneering researcher in number theory and algebraic geometry who developed what later became known as Igusa local zeta functions, Igusa curves, Igusa cusp forms, and other important mathematics concepts, died on Nov. 24 at a Baltimore nursing home. He was 89. 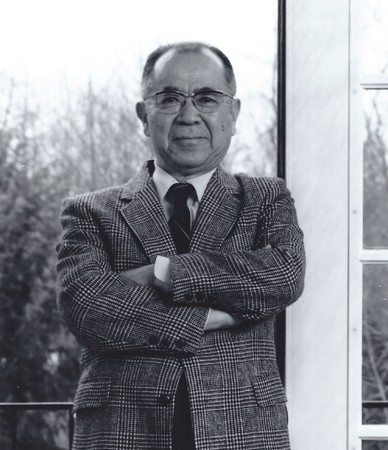 Igusa was a professor of mathematics at Johns Hopkins University for nearly 40 years before he retired as professor emeritus in 1993. He was inducted as an inaugural Fellow of the American Mathematical Society in 2012 and previously served as editor-in-chief of the American Journal of Mathematics. Igusa was also the founding director of the Japan-U.S. Mathematics Institute, which is located at Johns Hopkins, and played an instrumental role in forging interactions and collaborations between Johns Hopkins math department faculty members and mathematicians from Japan and throughout the world.

His expertise in the arena of number theory and algebraic geometry resulted in numerous mathematical concepts being named in his honor. In recognition of his fundamental contributions to algebraic geometry, Igusa was invited to address the International Congress of Mathematicians, the largest international congress in the mathematics community, in 1962. His 1972 book, Theta Functions, remains an important resource for researchers today.

Born in Kiyosato Village, Gunma prefecture, Japan, on Jan. 30, 1924, Igusa grew up modestly in a rural environment. His father, Shiro, raised silk worms and sold the cocoons to silk weavers. Igusa spent much of his time building radios, telescopes, and other devices from simple raw materials. Many years later, he wrote that his early experiences in building helped lay the foundation for his mathematical thinking.

Igusa graduated from the University of Tokyo in 1945 and received his Ph.D. from Kyoto University in 1953 and served as a professor of mathematics at the University of Tsukuba in Tsukuba, Ibaraki, in Japan. After a brief stint at Harvard University, Igusa moved to Baltimore in 1955 and began his long and distinguished career at Johns Hopkins.

His sons Kiyoshi, Takeru and Mitsuru, recall a man so dedicated to his work that he didn't want to stop, not even for a meal.

"Our father wanted to work all the time," said Takeru Igusa, a professor of civil engineering at Johns Hopkins. "When he would be called for dinner, he would say 'Will it be ready right when I get there?' He didn't want to stop working for even a second."

Igusa was just as committed to staying organized. A meticulous planner, Igusa didn't leave much to chance, whether it was a family vacation or preparing for his own lectures.

"Everything was carefully planned out," said Kiyoshi Igusa. "Even the classes he taught. He always wrote his lecture out in advance, even the jokes."

After his retirement in 1993, Igusa continued writing and published a comprehensive book on local zeta functions in 2000. Igusa, along with 20 other mathematicians, were credited for contributing ideas towards the proof of Fermat's Last Theorem. The finding was the subject of an episode of a program on PBS in October 1997.

In 2005, the Japanese government awarded Igusa one of that country's highest honors, the Order of the Sacred Treasure, for his role in cultivating scientific exchange between Japan and the United States.

Igusa is survived by his wife, Yoshie, and his sons: Kiyoshi, professor of mathematics at Brandeis University; Takeru; Mitsuru, a software architect at Cadence Design Systems; and seven grandchildren.

Funeral services will be private. The Department of Mathematics plans to hold an event in honor of Jun-ichi's memory at a later date.