Schmidt says he owes much of his success, career to Johns Hopkins 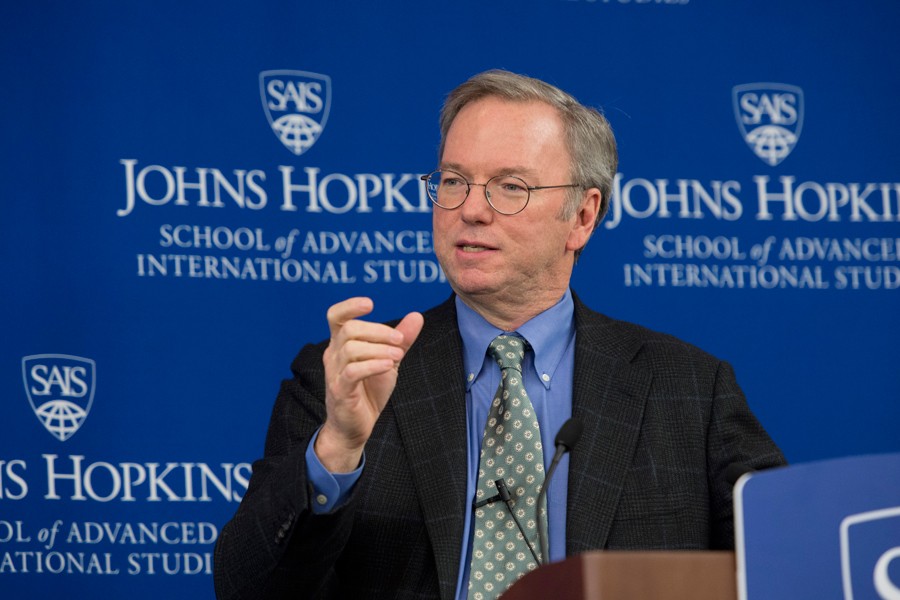 Wednesday night was a homecoming of sorts for Google Executive Chairman Eric Schmidt, who spoke at the Johns Hopkins School of Advanced International Studies in Washington, D.C.

The lecture came 50 years to the day after Schmidt, then 8, arrived in Bologna, Italy, where his father, Wilson Schmidt, served as a professor of international economics at the SAIS campus. Schmidt said that experience "changed my life, and I owe much of my success and career to Johns Hopkins."

Schmidt, appearing at the school's annual Rostov Lecture on International Affairs, spoke about censorship and the web and predicted that censorship around the world could end within a decade as better encryption technology helps people overcome government surveillance. Schmidt has long spoken out against limitations on freedom of expression and restricted Internet access around the world.

"It's pretty clear to me that government surveillance and the way in which governments are doing this will be here to stay in some form, because it's how the citizens will express themselves, and the governments will want to know what they're doing," Schmidt said. "In that race, I think the censors will lose, and I think that people would be empowered."

Established in 1990, the Rostov Lecture honors the memory of Johns Hopkins alumnus Charles Rostov, the former chairman of Trans-Ocean, Inc., who was a longtime supporter of the university's efforts to improve our understanding of countries around the world and to build stronger relationships with those nations. 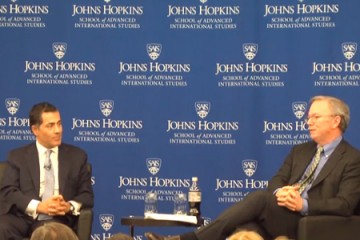