Senior Dan Wodicka caught two touchdown passes in the fourth quarter, and the Johns Hopkins football team rallied for a 24-18 win against Ursinus on Saturday at Homewood Field to remain unbeaten on the season.

The 10th-ranked Blue Jays (8-0) trailed 18-10 entering the fourth quarter but pulled within 18-16 on an 8-yard pass from quarterback Robbie Matey to Wodicka with 13:18. JHU failed on a two-point conversion attempt but got the ball back in Ursinus territory on an interception by Chris Ibrahim with 8:41 left. Six plays later, Matey connected with Wodicka for a 16-yard score to put Johns Hopkins in front with 6:30 to play. A two-point conversion run made it 24-18.

The Bears (6-2) had three more possessions over the final six minutes but failed to score. One ended with an interception by JHU's Ryan Rice, and the final drive stalled near midfield when Ursinus failed to convert on fourth-and-1 with under a minute to play.

JHU can clinch the Centennial Conference title and the league's automatic berth in the NCAA playoffs with a win next week against Franklin & Marshall, which visits Homewood Field on Saturday at noon. 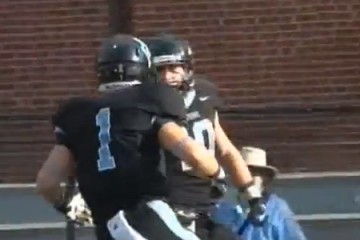 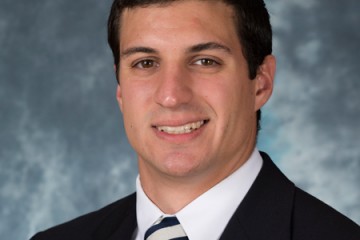