An early architect of behavioral game theory, CalTech professor earned BA in quantitative studies from Johns Hopkins in 1977 at age 17

Colin Camerer, a professor of behavioral economics at the California Institute of Technology and a 1977 graduate of Johns Hopkins, is among this year's 24 recipients of the MacArthur Foundation's "genius grants", given annually to "exceptionally creative individuals with a track record of achievement and the potential for even more significant contributions in the future." 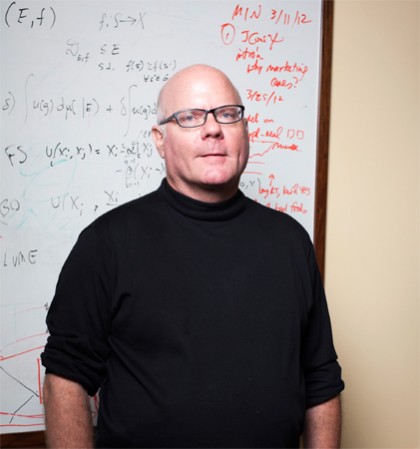 Each member of the 2013 class of MacArthur Fellows receives a no-strings-attached stipend of $625,000 paid out over five years.

Camerer, 53, earned a BA in quantitative studies from Johns Hopkins in 1977, at age 17. He earned an MBA in finance in 1979 and a PhD in behavioral decision theory in 1981, both from the University of Chicago.

As a behavioral economist, Camerer has fused traditional economics with neuroscience and psychology to better understand decision making and how it affects economic behavior. He was honored for "expanding our knowledge of individual behavior and challenging models of human interaction that form the basis of classic economic theory," the MacArthur Foundation said.

"Camerer was an early architect of behavioral game theory," the foundation's biography says, "which relies on experimental science to model human decision making in strategic and competitive situations such as bargaining, bluffing, and signaling, and he continues to push the boundaries of economic methodology as a leader of the emerging field of neuroeconomics."

Members of this year's class join 873 other MacArthur Fellows who have been recognized since the program began in 1981. The fellows were selected through a rigorous process involving thousands of expert and anonymous nominators, evaluators, and selectors. The foundation does not accept unsolicited or outside nominations.

Biographies and videos of each of the 2013 fellows are available on the foundation's website.

Read more about Camerer and his work in the Los Angeles Times.