JHU geologist honored for research on environments of early humans 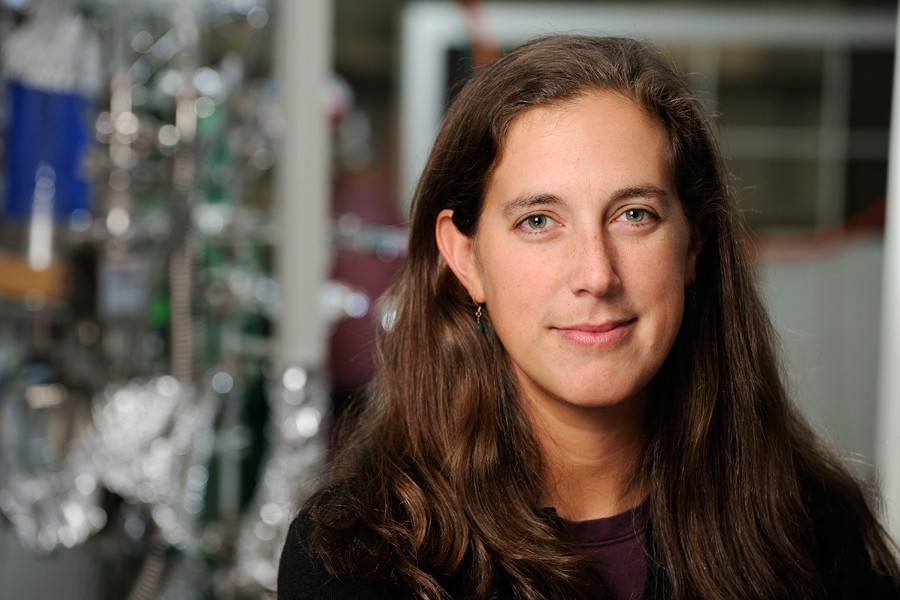 Image caption: Naomi Levin, a Johns Hopkins faculty member since 2009, won the prestigious Young Scientist Award from the Geological Society of America for contributions she has made to the understanding of the environments of early humans in Africa.

A Johns Hopkins University geologist has won the prestigious Young Scientist Award from the Geological Society of America for contributions she has made to the understanding of the environments of early humans in Africa. Naomi Levin, an assistant professor, will receive her award at the geological society's 125th anniversary conference in Denver on Oct. 29.

The award, also known as the Donath Medal, is given to a researcher for outstanding achievement in contributions to geological knowledge through original research that marks a major advance in the earth sciences. The honor comes with a $10,000 cash prize.

"I feel really fortunate to receive the award," said Levin, who teaches and conducts research in the Department of Earth and Planetary Sciences. "It's a huge boost to get this kind of recognition from GSA."

Thomas Haine, chair of Earth and Planetary Sciences, said Levin is most deserving of the award.

"Naomi Levin is a singular researcher who has built a vigorous, highly regarded, and groundbreaking research program in isotope geochemistry at Hopkins," Haine said. "She's also an inspiring teacher, a dedicated, skillful leader, and a wonderful colleague."

Levin, a faculty member since 2009, will participate in the association's tradition of award winners giving a presentation to fellow conference attendees discussing highlights from their careers.

"I don't have a long career to reflect on, so I will likely use the lecture as an opportunity to acknowledge my colleagues and advisers, talk a bit about my active research, and discuss the aspects of science that I find most satisfying," Levin said.

The honor is the second one Levin received from the geological society. In 2011, she was awarded the Subaru Outstanding Woman in Science Award in recognition of the work she had conducted in the field of the geosciences.

Levin's research centers on understanding how landscapes and terrestrial organisms respond to past climate change. She uses a combination of sedimentary geology and isotope geochemistry to study interactions between mammals, vegetation, and climate in past ecosystems with a focus on early hominids in East Africa.

In 2012, Levin was part of a research team that discovered a partial foot skeleton with characteristics inconsistent with those of Lucy, the human ancestor known to inhabit northern Africa 3 to 4 million years ago. In fact, the foot, the team said, belonged to a hominin species that overlaps in age with Lucy. Levin explained that the discovery of the partial foot should shed light on how our ancestors learned to walk upright.

In 2010, Levin and a team of researchers found that early hominids living in what is now northern Kenya ate a wide variety of foods including fish, turtles, and crocodiles, and the protein-rich foods may have played a key role in the development of a larger, more humanlike brain in our early forebears. Levin served as a main geologist on the team, which included scientists from the United States, South Africa, Kenya, Australia, and the United Kingdom.

"Considering that growing a bigger brain requires many nutrients and calories, anthropologists have posited that adding meat to their diet was key to the development of a larger brain," Levin said at the time of the discovery. "Before now, we have never had such a wealth of data that actually demonstrates the wide variety of animal resources that early humans accessed."