He has been chief student affairs officer at Columbia since 2008

Kevin G. Shollenberger, the chief student affairs officer for undergraduates at Columbia University since 2008, has been appointed vice provost for student affairs at the Johns Hopkins University. He will manage academic services and residential, extracurricular, and other nonacademic aspects of life for more than 8,000 undergraduate and graduate students at the university's Homewood campus. 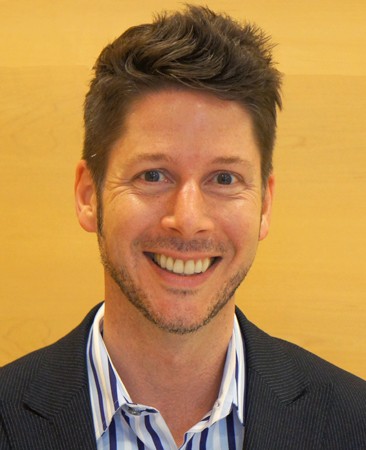 Shollenberger, who will join Johns Hopkins on July 1, has served in leadership roles at Columbia since 1999. For the past five years, he has been dean of student affairs for Columbia College and the university's School of Engineering and Applied Science. He is also Columbia's associate vice president for undergraduate student life.

"Kevin is passionate about students," said Jonathan A. Bagger, interim provost and senior vice president for academic affairs at Johns Hopkins. "He has a strong record, at Columbia and in previous positions, of building community, engaging students, managing initiatives, and balancing priorities."

At Johns Hopkins, Shollenberger will oversee an organization that also includes the deans of student life and academic services. Their staffs handle registration; career advising; housing and dining; student activities; athletics and recreation; health, wellness, and counseling; student jobs; student accounts; and other student-related matters for the Krieger School of Arts and Sciences and the Whiting School of Engineering.

"I am honored to join the Johns Hopkins community and thrilled to soon call Baltimore my home," Shollenberger said. "In partnership with colleagues in the Office of Student Affairs, the Whiting and Krieger schools, and the student and alumni communities, I look forward to making a positive impact on the lives of students at Johns Hopkins."

According to the Columbia Daily Spectator, Columbia's student newspaper, "Shollenberger was known among students for his friendly campus presence and willingness to engage with a wide variety of student leaders and communities. He made the popular decision to implement a gender-neutral housing program after students spent several years pushing for its creation."

He previously supported 60 campuses while directing campus programs for the National Coalition Building Institute, a nonprofit leadership training organization working against racism, prejudice, and discrimination. He began his professional career at American University and the University of Hawaii at Manoa.

Shollenberger graduated in 1988 from what is now Arcadia University in Glenside, Pa., and in 1989 earned a Master of Education degree in higher education student development from American. He is an active member of the National Association of Student Personnel Administrators and was awarded the 2013 Scott Goodnight Award for outstanding service as a dean.

He succeeds Sarah B. Steinberg, who is now chief executive officer of ShalomLearning.