Zakszeski notches 3 hits, drives in 2 as Blue Jays improve to 18-2

Senior Ryan Zakszeski went 3-for-4 with a pair of RBIs, and the No.12 Johns Hopkins baseball team continued its torrid start to the season with a 6-3 victory over Dickinson on Tuesday afternoon.

The Blue Jays (18-2, 3-0 in the Centennial Conference) scored three runs in the second and held on to win their 11th consecutive game and seventh in a row against Dickinson (9-12, 0-3). Freshman pitcher Colin Friedman won his second career game, striking out six and allowing just one earned run in 6 1/3 innings. 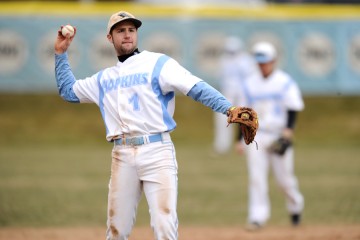 Blue Jays heat up in Florida