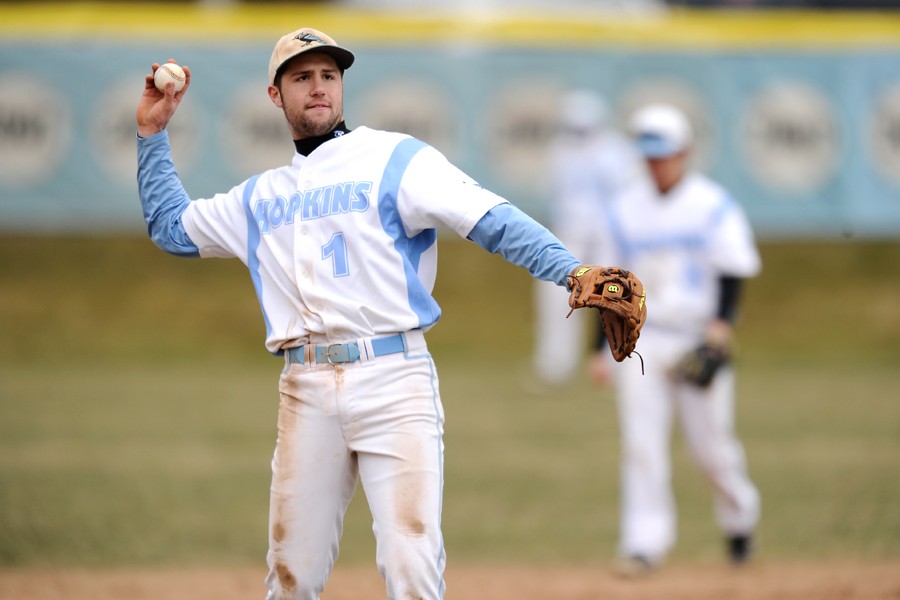 Talk about fun in the sun. 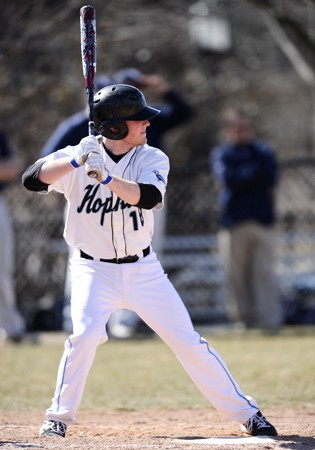 The Johns Hopkins baseball team won an impressive nine games during a recent 10-game stint in Fort Myers, Fla., winning seven straight to close out the annual spring road trip. The 14-2 Blue Jays are off to their best start since 2004.

On a team loaded with upperclassmen, a handful of sophomores and freshmen have stepped up and produced. Of note has been the torrid and timely hitting of sophomore outfielder Colin McCarthy, who leads the team in seven offensive categories. He is batting .509 with 27 hits, 13 runs scored, and 15 RBIs.

McCarthy went 18-for-36 with a team-high 10 runs and nine RBIs in Florida. The transfer from Catholic University has fit right in with the Blue Jays, head coach Robert Babb says.

"Colin has been a great clutch hitter for us so far," Babb says. "Him and [first baseman] Jeff Lynch have been two guys supplying most of the offense."

Lynch, who is tied with McCarthy in hits and total bases, went 2-for-3 with two RBIs to help lead the Blue Jays to a 5-2 victory over Wooster in the final game in Florida. Each spring, the Blue Jays play early-season games in either Arizona or Florida to escape the winter conditions in Baltimore.

Most of the games in the Sunshine State were close affairs, and the team had to rely heavily on its bullpen, which came up big. The relief corps allowed just two earned runs in 27.1 innings of work, to the tune of a 0.66 ERA.

Babb said that the pitching overall so far has been "phenomenal."

"We have a very young staff this year," he says. "In fact, that was our biggest concern heading into the season. We thought they were a talented bunch but that they would struggle early and get better over the course of the year. They are ahead of schedule."

Sophomore Jacob Enterlin leads the team in victories (3), and freshman hurlers Colin Friedman and Carter Burns have both thrown well. Friedman sports a 1.12 ERA and is second on the team in strikeouts (13) and third in innings pitched (16). Burns pitched a complete game and got the victory in his first career start.

Despite the early-season success, Babb said that the team has room for improvement, especially on defense. "And a number of guys on the team aren't hitting as well as we'd hope," he adds. "But we're confident they will improve and produce like we thought they would."

A number of quality teams are on the horizon for the Blue Jays, including a doubleheader against undefeated Haverford on Saturday.