The challenge: Get young people interested in buying a compact sedan. Who better to tackle that challenge than, well, young people.

Johns Hopkins undergraduate students in the spring Advertising & Integrated Marketing Communications course are competing against 19 other universities around the country to see who can produce the most effective campaign for this year's client, Honda. They are tasked with creating an integrated marketing campaign for the 2013 Honda Civic.

"We've been working for weeks on end to develop a campaign theme, message, and slogan and to design a website, T-shirts, and print ads," junior Lucie Fink says.

The class's ad campaign theme is "Recreate a Classic." Fink worked with the Advertising & Multimedia department to produce two commercials that emphasize some of the vehicle's new, more modern capabilities. Sophomore Louis Foxwell produced and edited the videos, and acted as a composer/DJ in one of them.

"Our goal was to produce commercials that could tie into our campaign theme," Foxwell says. "We thought the best way to express this was through music, which is why you'll see a composer turning into a DJ and a classical dancer turn into a modern dancer."

The class, taught by senior lecturer Leslie Kendrick, is a part of the Entrepreneurship & Management program in the Whiting School of Engineering. An undergraduate team from the same program recently won first place at a 30-team business simulation competition at the American Marketing Association's International Collegiate Conference in New Orleans.

The Civic campaign officially kicks offs today with a scavenger hunt on the Beach at the Homewood Campus from noon to 4 p.m. The event will include giveaways, prizes, and food.

Last year, the Johns Hopkins student team took first place in the competition. This year's class hopes to do the same.

More information about the campaign and upcoming events can be found at http://recreateaclassic.com/ and on Fink's blog at Hopkins Interactive. 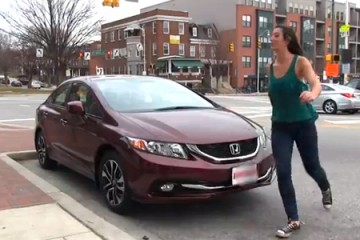