They join 17 from Johns Hopkins recognized in inaugural cohort last year for contributions to scholarship, research in sciences and humanities

Jeremy Nathans and Peter Pronovost, both professors in the School of Medicine, have been named Gilman Scholars, a prestigious designation that recognizes the very best of the best at Johns Hopkins. 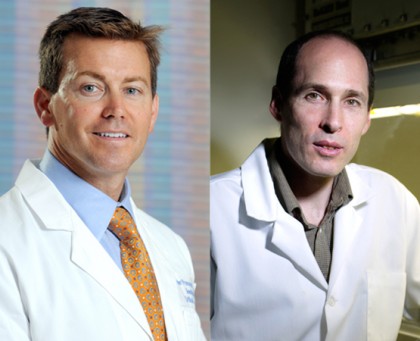 The honor is named for the university's visionary first president, Daniel Coit Gilman, who was interested in establishing a university to promote the highest standards of scholarship and research in the sciences and humanities.

Nathans and Pronovost were unanimously recommended by the inaugural cohort of 17 Gilman Scholars, who were tapped for the recognition in 2012. Each year, the existing scholars identify and recommend to President Ronald J. Daniels and interim Provost Jonathan A. Bagger a limited number of new members, who are faculty members in the academic divisions or professional staff at the Applied Physics Laboratory.

"Through their creativity and relentless pursuits of knowledge, Jeremy and Peter embody the spirit of the Gilman Scholars and, indeed, the highest ideals of our university," Daniels said.

Nathans is a professor of molecular biology and genetics, neuroscience, and ophthalmology at the Johns Hopkins School of Medicine and a Howard Hughes Medical Institute investigator. He is responsible for landmark discoveries that have changed our understanding of how humans see the world, literally. His investigations into the mechanisms that allow us to see colors led him to identify the genes that code for color-vision receptors in the light-sensing cones of the retina. This breakthrough finding allowed him to show that variations in these genes cause color blindness. His work has also led to new understandings of the development, function, and survival of the retina.

In addition, Nathans' studies have revealed several defects that lead to human retinal diseases, including Stargardt disease, the most common type of macular degeneration in children and young adults. He also helped determine the cause of the vitelliform type of macular dystrophy, showing that it is caused by abnormalities in a member of a previously unknown family of ion channels, proteins that allow ions to enter and exit cells.

Nathans is a member of the Institute of Medicine, National Academy of Sciences, American Academy of Arts and Sciences, and American Association for the Advancement of Science. Among the honors he has received are the Albert C. Muse Prize in Ophthalmology, from the Eye & Ear Foundation of Pittsburgh; the Champalimaud Vision Award, from the Champalimaud Foundation; the Newcomb-Cleveland Prize, from the AAAS; the NAS Award for Initiatives in Research; the Young Investigator Award, from the Society for Neuroscience; the Cogan Award, from the Association for Research in Vision and Ophthalmology; the Edward M. Scolnick Prize in Neuroscience, from the McGovern Institute at MIT; and the Golden Apple Award for Teaching Excellence, from the American Medical Student Association.

Pronovost is a professor of anesthesiology and critical care medicine and of surgery at the Johns Hopkins University School of Medicine, director of the Armstrong Institute for Patient Safety and Quality at Johns Hopkins, and senior vice president for patient safety and quality for Johns Hopkins Medicine.

He has brought a scientifically rigorous yet common sense approach to eliminating medical errors and unnecessary harm, shaping the national conversation about patient safety in the process. His biggest success so far: the much-heralded cockpit-style five-step checklist for doctors and nurses designed to prevent central line-associated bloodstream infections. The simple checklist, coupled with a program that promotes a culture of safety, has transformed the way hospitals think about bloodstream infections, which have been known to kill more than 30,000 patients a year and sicken many thousands more. Thanks to Pronovost, these infections are preventable, and are no longer seen as a cost of doing business.

His program is now in place in 47 states, Puerto Rico, the District of Columbia, and many countries throughout the world. As he spreads the message that these bloodstream infections can be virtually eliminated, he also is using these strategies to prevent other harm such as surgical-site infections and pneumonias contracted through the use of ventilators.

In 2008, Pronovost was awarded a MacArthur Fellowship (often called a "genius grant") from the John D. and Catherine T. MacArthur Foundation and was also named one of Time magazine's 100 Most Influential People. He is a member of the Institute of Medicine and the author of the book Safe Patients, Smart Hospitals: How One Doctor's Checklist Can Help Us Change Health Care from the Inside Out.

The first men and women to be designated Gilman Scholars were John Sommerer, of the Applied Physics Laboratory; Charles Bennett, Adam Riess, and Gabrielle Spiegel, of the Krieger School of Arts and Sciences; Peter Agre, Diane Griffin, and Alfred Sommer, of the Bloomberg School of Public Health; Lisa Cooper, Andrew Feinberg, Carol Greider, Bert Vogelstein, and Solomon Snyder, of the School of Medicine; Jacquelyn Campbell, of the School of Nursing; Andrew Talle, of the Peabody Institute; David Lampton, of the Paul H. Nitze School of Advanced International Studies; and Michael Miller and Joseph Katz, of the Whiting School of Engineering.

Gilman Scholars will retain the title as long as they remain at Johns Hopkins, or until retirement. 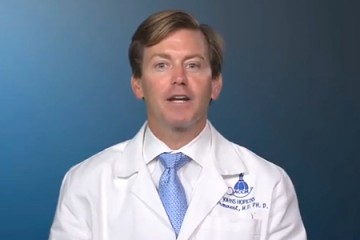