Her third novel, 'The Middlesteins,' was recently named a finalist for the Los Angeles Times Book Prize for Fiction

Novelist and Writing Seminars alumna Jami Attenberg returns to Baltimore for two appearances this weekend, making stops at Atomic Books and the Enoch Pratt Free Library for its International Women's History Month Literary Festival. The New York-based Attenberg comes to town behind her third novel, The Middlesteins, which was recently named a finalist for the Los Angeles Times Book Prize for Fiction. 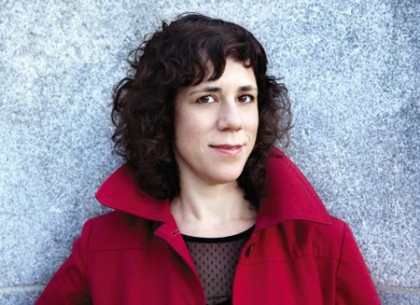 That's but the latest laurel for this richly observed and exquisitely written story of ordinary family turmoil. Food comforts the fiercely intelligent Edie Middlestein, and life has been ordinarily difficult enough that Edie has consoled herself into morbid obesity. And her family—husband Richard, daughter Robin, son Benny, and his wife Rachelle and their twins, who are approaching their b'nai mitzvah celebration—needs to find a way of getting past its non-confrontational way of not communicating to prevent her from eating herself to death. It's a comically painful and painfully realistic portrait of a family in crisis that became a New York Times and USA Today bestseller, in addition to earning a growing list of insightful reviews, including a Sunday New York Times Book Review cover piece.