The Johns Hopkins University Counseling Center and the Center for Health, Education, and Wellness have put together a series of free health screenings, interactive projects, nutrition seminars, and an art exhibit for National Eating Disorders Awareness Week, which runs Feb. 25 through March 3. 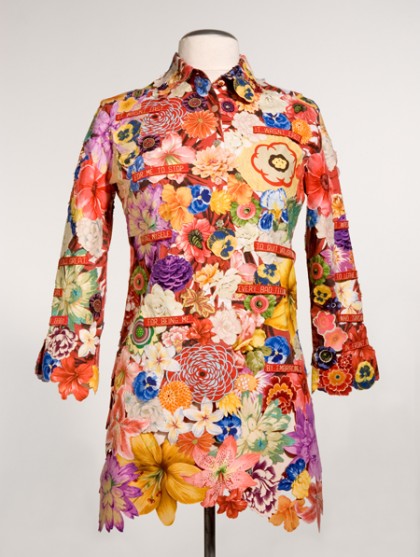 Started by the National Eating Disorders Association, it's an effort to educate students about the prevalence of eating disorder behavior among college-age individuals in the United States. According to the NEDA, nearly24 million Americans exhibit binge eat or battle anorexia or bulimia. Of those, nearly 95 percent are between the ages of 12 and 25.

That's a sobering reminder that healthy eating isn't just a matter of, say, consuming more fresh fruits and vegetables and less red meat, or buying local, sustainable food products. It's also a matter of behaviors that define relationships to food, for men and women.

For Eating Disorders Awareness Week at Homewood, the Counseling Center and CHEW sponsored a Love Your Body student-submitted photo contest. The winners will be announced during the opening reception for the Alterations art exhibition on Monday from 5-6:30 p.m. at the Mattin Center's Ross Jones Building. Alterations features the work of Birgit Gehrt, who was commissioned by the nonprofit advocacy organization The Body Positive to create sculptural objects with women's clothing and accessories that explore identity and body image. The show will be on view through March 3.

The Counseling Center and CHEW are also offering an afternoon of activities and workshops from 12-2 p.m. on Tuesday in the Sherwood Room at Levering Hall, including free eating disorder screenings, the Mind Your Craft mirror project, and the Mindful Eating Exercise, which encourages participants to think about different eating habits.

"I believe this is the first year we've specifically done something like this," Kjeldgaard says of the week's variety of participatory programming. "Particularly among college-age individuals, [eating disorders have] always been more prevalent than in the general population, in part because this is around the age that a lot of people develop eating disorders, especially bulimia. So in college, more people might develop them or struggle with them for the first time."

A casual interactive workshop such as the Mindful Eating Exercise is designed to help students reconsider what they do—or don't do—every day in between running to class and studying.

"That's going to be done by the nutritionist who works at student Health and Wellness on campus, and she's the one I work with very closely on most of my clients," Kjeldgaard says. "She's going to be doing a little exercise to teach people how to pay attention to the different sensory experiences they're having and how to slow down and focus on doing one thing at a time. That's really important to help students eat in healthier ways and make choices based on our hunger and fullness cues and not do emotional eating that can get people into trouble."