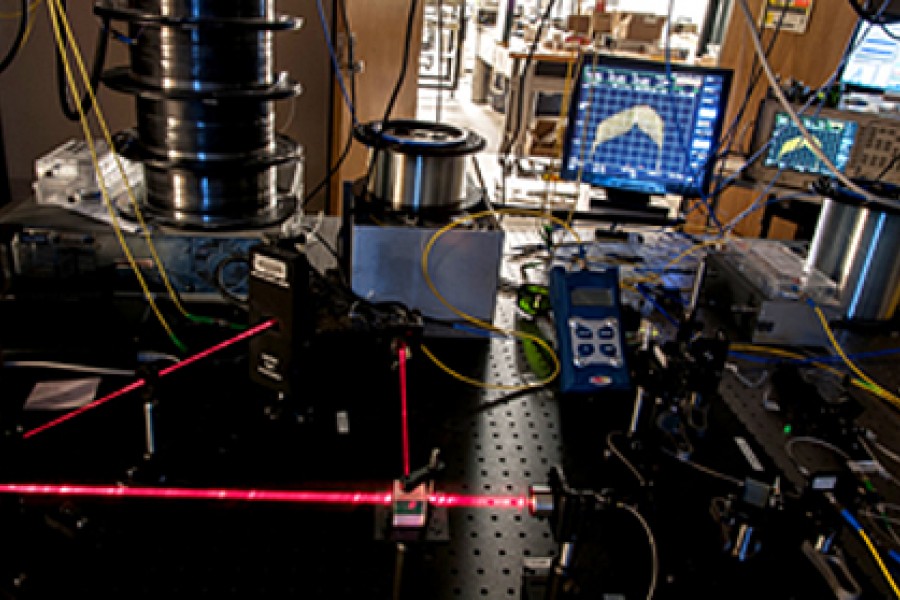 Image caption: In the In the Ultrafast and Nonlinear Optics Laboratory at Johns Hopkins, Mark Foster uses infrared light in his development of a high-speed imaging system that will enable researchers to continuously record images at more than 100 million frames per second.

A Johns Hopkins engineer who is developing a high-speed imaging system designed to enable researchers to continuously record images at a rate of more than 100 million frames per second – 100 times more rapidly than current technology allows – has been awarded the National Science Foundation's prestigious Faculty Early Career Development (CAREER) Award, a five-year, $400,000 grant. 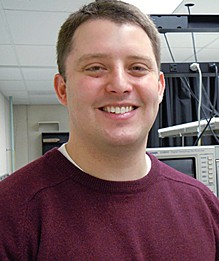 Mark Foster, an assistant professor in the Department of Electrical and Computer Engineering at Johns Hopkins' Whiting School of Engineering, said his system could eventually be used for cell screening for disease prediction, or to observe scientific phenomenon that occurs at a very fast rate.

"Certain phenomenon such as some chemical reactions and physical interactions occur at a very fast time-scale, and if you want to understand them, you need to be able to observe what is happening within that short window of time," said Foster.

Foster, who came to Johns Hopkins in 2010, works in the area of non-linear optics and ultra-faster lasers – measuring phenomena that occur in femtoseconds. A femtosecond is one millionth of one billionth of a second.

"With this project, we hope to create the fastest video device ever created," he explained.

Jin Kang, chairman of the Department of Electrical and Computer Engineering, said Foster's work also holds promise for making sense of big data. Today, researchers have the capability to produce and store vast amounts of data. What's missing, he said, is the ability to process this data instantaneously.

"The question is: How do we effectively and efficiently process these signals," said Kang. "Mark is developing the science that will process data in femtosecond time. It will allow people to process data in real-time, ultra-fast instantaneously."

The applications, Kang said, are endless. For example, the military could use the high-speed processing system to analyze radar in real-time, or hospitals could use it to analyze real-time data about patients.

NSF's CAREER award recognizes junior faculty members who exemplify the role of teacher-scholars through outstanding research, excellent education and the integration of education and research in their organizations.

Foster received his B.S., M.S., and Ph.D. in Applied and Engineering Physics from Cornell University. After working as a postdoctoral fellow in the Quantum and Nonlinear Photonics Group at Cornell, he joined the Department of Electrical and Computer Engineering in Johns Hopkins' Whiting School in 2010. 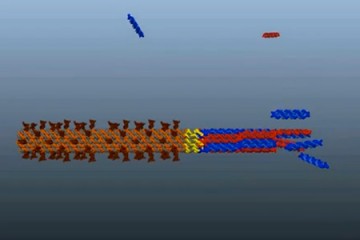