She has overseen planning, development for Orioles, Dodgers, Red Sox 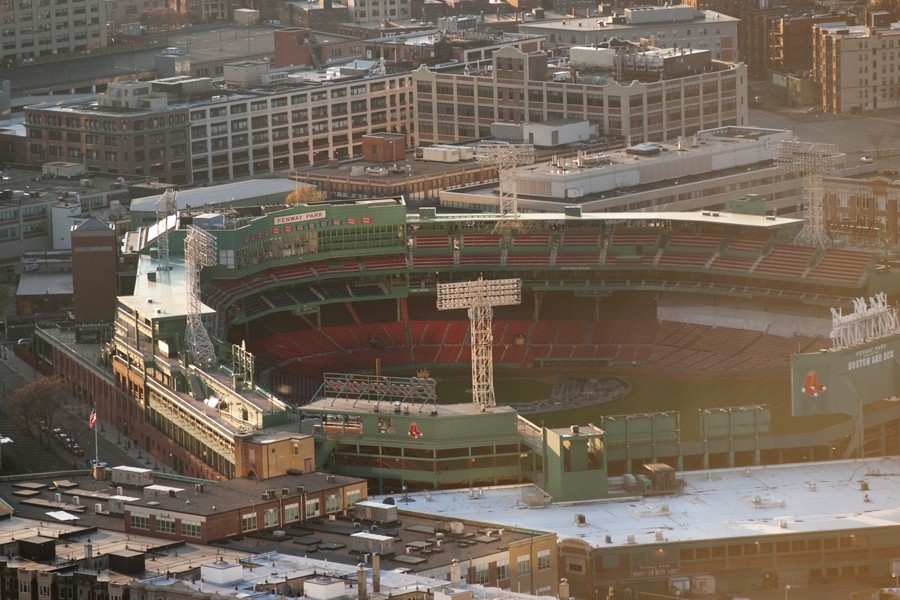 Baseball is rooted in facts and figures, where fans and players alike talk about the game in euphemistic seas of abbreviations: RBI, ERA, OBP, SLG, etc. Every at-bat, every exchange between pitcher and batter, presents an opportunity to represent the sport in measurable statistics.

When Janet Marie Smith, senior vice president of planning and development for the Los Angeles Dodgers and speaker for the Johns Hopkins Carey Business School's 2012 Allan L. Berman Lecture, spoke at Hodson Hall on Dec. 5, she pointed out one area in which baseball doesn't codify the game: it's the only sport that doesn't specify the dimensions of the playing area, at least as far as the outfield is concerned. As a result, the ballpark is a reflection of the city neighborhood in which it is located. The city is a 10th man on the field.

From 2009-2012, Smith served as vice president for planning and development for the Baltimore Orioles, where she oversaw renovations to the team's spring training facility in Sarasota, Fla. When she occupied that same position from 1989-1994, however, she was the architectural consultant during the planning and construction of Oriole Park at Camden Yards. When it opened in 1992 the park sparked a renewed interested in relocating baseball parks in downtown areas, as seeds for urban development. As Smith pointed out during her talk, twenty Major League Baseball parks have been built since Oriole Park opened; 16 of them have been in downtown city settings.

Thinking of the way cities interact with the field and game allowed Smith to tell a story of baseball's past century through its stadiums, starting with those heralded monuments of the early 20th century—Ebbets Field in Brooklyn, Fenway Park in Boston, and Forbes Field in Pittsburgh, which Smith called "my favorite park that I never met in person." Her presentation included digital images of aerial photographs of old parks, and she pointed out how they were shoehorned into neighborhoods, city grids determining the shape and depth of outfield fences. She presented a black and white photograph of Forbes Field's fa&ccedil;ade, showing how it looks more like a bank or city office than sports entertainment center.

It was a way of framing the relationship of a sports team and its host city as a symbiotic business relationship, and it allowed Smith to talk about baseball as public/private partnership that has changed over the years. It was a way of looking at Walter O'Malley's decision to move the Brooklyn Dodgers to Los Angeles as a matter of conflicting views of urban planning. It was a way to consider how the multipurpose stadiums of the 1960s and 1970s, whose popularity paralleled suburban growth, weren't good architectural matches for the sports or good experiences for the fans. And it was a way to recognize Kansas City's decision to build separate baseball and football stadiums in the early 1970s as the catalyst that started urban planners rethinking how cities can house their teams.

Throughout the talk Smith came across as a die-hard fan of both baseball and cities, and by the time she started talking about her professional experiences—working with the City of Baltimore and the state of Maryland to make Oriole Park happen, working with the Boston Red Sox and the City of Boston on the preservation and renovations of Fenway Park from 2002-2009, and now with the Dodgers to update architect Emil Praeger's modernist Dodger Stadium—the idea that ballparks should seamlessly coexist in a city neighborhood felt not just common sense, but instrinsic to the fan experience.

After talking about all the fine-tuning details that were made to renovate Fenway—adding bleachers above the Green Monster, rethinking concourses, and reclaiming easements between the stadium and nearby streets to add to the user experience—she was happy when she felt like fans weren't instantly noticing the millions of dollars spent to change the place. Ballparks, especially Fenway, can be sacred places to fans, and their memories of them shouldn't be altered by changes made to bring in more seating or vendors and concessions. Smith said she likes to hang out around the stadium after renovations have been completed and observe fans moving about the park, taking in their responses. And while doing that at Fenway she overheard one fan tell another something that made her feel like the renovation team had successfully updated the park without changing it radically: "You know, they painted this whole thing since I was here in April." 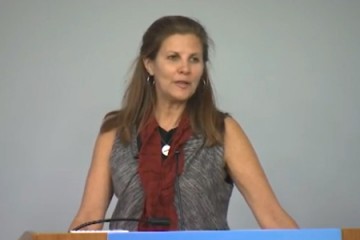