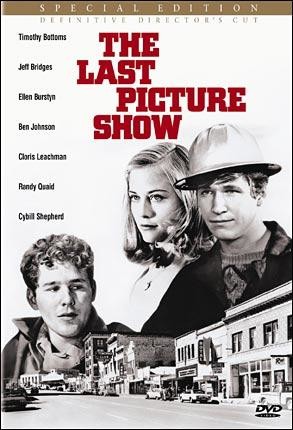 Released in the fall of 1971, it at first looks anachronistic in the company of its peers. The late 1960s and early 1970s were the ascendant years of the American New Wave, those younger auteurs who broke from the cinematic conventions and visual style of traditional Hollywood to makes movies that felt as bold and restless as the country at the time. The French Connection, Carnal Knowledge, Klute—these 1971 movies felt as if they took place in a world where international drug crime infested cities, the sexual revolution was under way, and the political climate was a wee bit paranoid. The Last Picture Show, an earnest look at teenage life in small-town Texas in the early 1950s shot in black and white, appeared out of step with the times.

Turns out those seemingly old-fashioned choices in style and story are what give the movie its lasting power. Shot by veteran Hollywood cinematographer Robert Surtees and co-written by Larry McMurtry, author of the 1966 novel on which it is based, The Last Picture Show is less a coming-of-age story in the vein of 1950s nostalgia vehicle American Graffiti and more a portrait of the awkward cultural growth spurt that took place as the 1950s exploded into the 1960s. Today the movie feels less a product of its era and more and more one of the definitive statements of the American New Wave.

The Johns Hopkins Film Society presents The Last Picture Show today at 7:30 p.m. in 50 Gilman as part of its fall film series, The Corman Academy: Tracing Hollywood Icons Back to Their B Movie Roots.